Oh Brother, Where Art Thou? 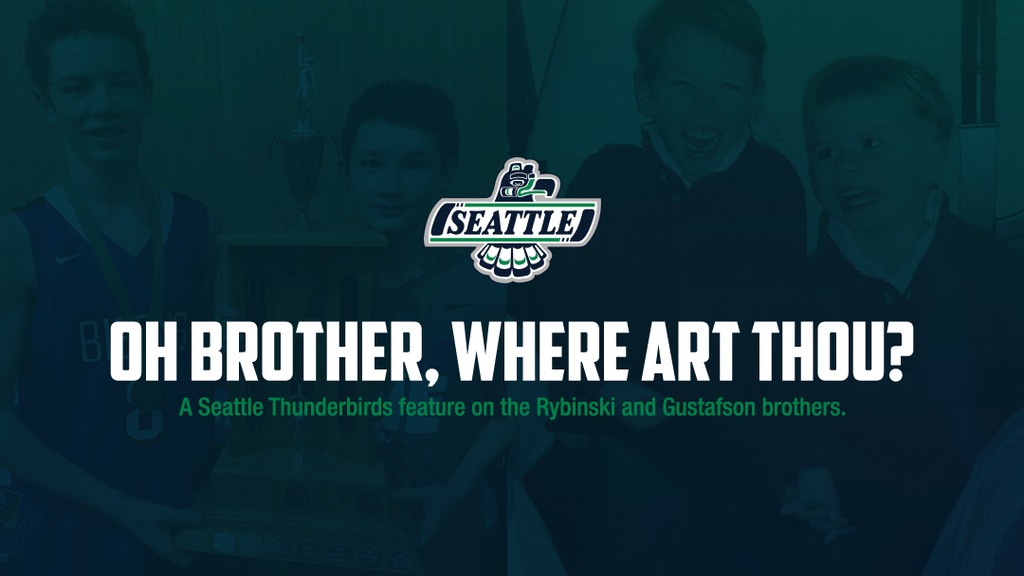 Brother versus brother is nothing new in the Western Hockey League.  There have always been brothers dotting the rosters of WHL teams. Seattle has had their fare share.  Most recently it was Dillon Hamaliuk going up against his brother Dalton, who played for the Spokane Chiefs. They had a memorable battle along the boards one game at the accesso ShoWare Center a few years back.

Sometimes hockey playing brothers are like ships passing in the night. Matt Wedman didn’t step on the ice for the Thunderbirds until two years after his older brother Cole, another Spokane Chief, had graduated out of the WHL.

For two current T-Birds, the chance to play against their brothers in the WHL is slipping away. Seattle center Henrik Rybinski’s younger brother Luke is a defenseman with the Medicine Hat Tigers. Two years younger than Henrik, Luke has just returned to the ice after rehabbing from an injury.

For Henrik, it’s an unfulfilled opportunity. “I actually really want to play against him. I’ve never played against my brother, except for when I was six years old.” 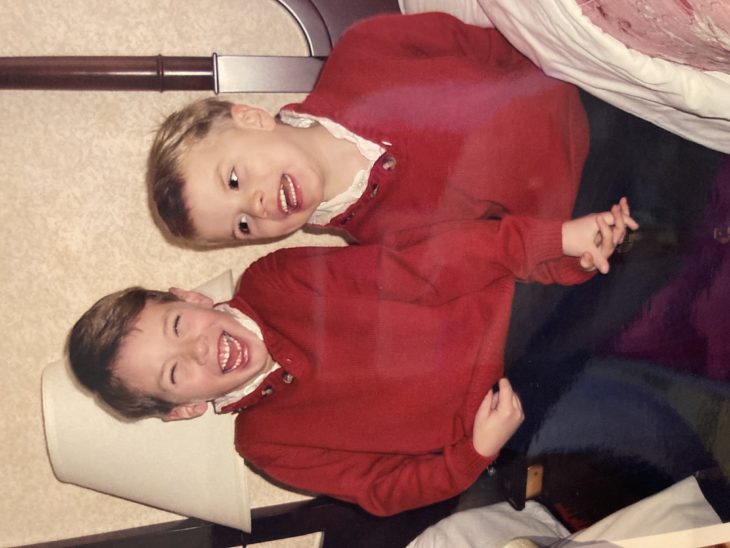 The Rybinski’s could have been like the Schappert’s and possibly played together. Henrik was originally a 2016 second round draft pick of the Tigers. He skated for parts of two seasons with Medicine Hat but was dealt to the Thunderbirds in an early 2018 trade. Luke didn’t join the Tigers until his rights were acquired from the Kamloops Blazers in January of 2020.

As a 20-year-old, this is Henrik’s last season in the league. With the pandemic limiting play this season to conference opponents only, the T-Birds and Tigers are not scheduled to play against each other. Now, the only chance to face each other in the WHL would be if the two teams met in the league championship series next spring. Had the pandemic never happened, that chance for Henrik to play against Luke might have occurred this fall or winter.

“It would have been fun to see him on the ice, to battle against him.  So, it’s very unfortunate this year it can’t happen.”  Like most hockey playing brothers, Henrik says he and Luke have had a good relationship growing up.  “We’re like good friends.  We respect each other.”  But that doesn’t mean they aren’t competitive.  Henrik remembers playing the board game Trouble, with his younger sibling.  “You click the button, and the dice tell you what moves to make.  I’d lose to him and get all upset about it.”

Another T-Bird, 17-year-old center Jordan Gustafson, has a slightly better chance of going up against his brother. Blake Gustafson, a defenseman, is two years older than Jordan and playing with the Red Deer Rebels. While the same, pandemic imposed, schedule limits affect the Gustafson’s this season, we don’t know what next season’s schedule will bring. Most likely cross-conference play will return in 2022-23 and if Blake is still in the league at age 20, Jordan should get the opportunity to skate against him.

It’s an opportunity Jordan would welcome.  “I would love to play him though. I haven’t gotten the chance to play against him. Hopefully we get that chance to play (next season) and I can drive wide on him or something, hit him a couple times.  That would definitely be awesome. I’d look forward to that.” 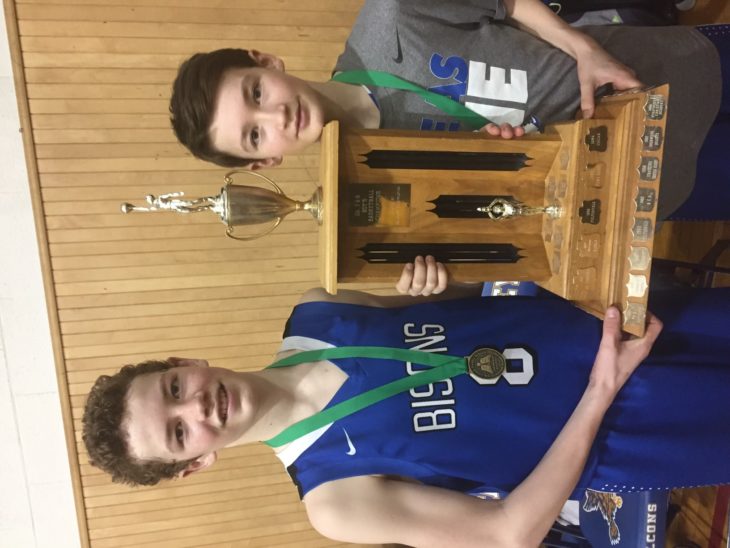 Of course, Blake is not just older than Jordan, he’s also five inches taller and 25 pounds heavier. But he agrees with Jordan and would relish the chance to go head-to-head with his little brother. “Jordy and I have always talked about playing against each other with a lot of excitement. Obviously, the scheduling has been unfortunate so far, but we’re both looking forward to when that day comes. Him and I have always been really competitive with one another so I think it will be a battle between us when that day comes. I know both of us won’t take it lightly.”

Jordan does remember his draft year and the slim possibility of joining his brother in Red Deer. “In the draft, you never know what’s going to happen, if a team is going to trade up.”  Of course, that didn’t happen. He was selected eighth overall by Seattle. The Rebels didn’t even own a first round pick that year. “I would have been happy going to Red Deer because Blake was playing there, but I’m super fortunate to have been drafted here and I’m happy where I am.”

Both the Rybinski’s and the Gustafson’s enjoy a good camaraderie away from the rink.  Of Blake, Jordan said, “He’s really like having a close friend off the ice.  I do a lot with him.  I go everywhere with him.  That’s what he is to me, he’s my best bud.”

Henrik echoed that sentiment when speaking about Luke.  “We’re good friends.  We talk a lot.  We have a good relationship for sure.”  Although, Henrik said, on the ice he could still take Luke.  “He’s a big guy. He’s 6’4’, almost 200 pounds.  I’m the older, smaller brother out there but I can still take him.  If he tries to one off me, I can still bring him down.”

They may never get the chance to play against each other in the WHL, but off the ice they will always be friends, best buds. Brothers.