Nolan Volcan To Play For The University of Alberta This Season 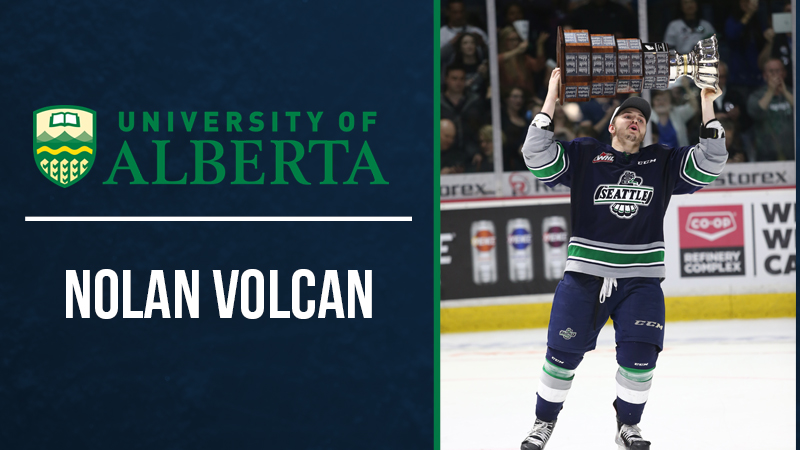 “Nolan had an exceptional career as a T-Bird,” said La Forge. “He embodied everything being a Thunderbird is about. He was a leader both on and off the ice for us. We are so happy he is taking advantage of the WHL Scholarship program and we wish him the best of success at Alberta.”

Volcan was originally selected by the T-Birds in the second round, 27th overall, in the 2013 Bantam Draft.

Volcan finished up his WHL eligibility this past season and will now take advantage of the WHL Scholarship Program. For each year that Volcan played in the WHL, he receives a year of college tuition and books at the University of Alberta.