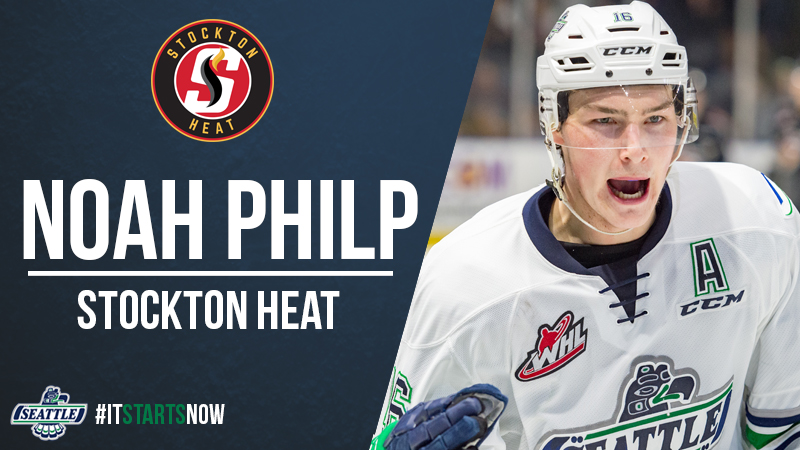 Philp had 26 goals and 49 assists this season

“We are really happy for Noah,” said La Forge. “He has worked hard to achieve this opportunity with the Heat. I am confident that he will fit in well at that level and help the Heat the same way he helped us for the last two seasons.”

“Noah joining the Heat also shows the hard work of our Coaching Staff and Player Development staff, especially Steven Goertzen, who worked with Noah all season to help improve all aspects of his game,” continued La Forge.

The Heat have back-to-back games against the Manitoba Moose on Saturday, April 6, and Sunday, April 7, in Manitoba. It is possible Philp could make his professional debut in one of these games. The Heat are the AHL affiliate of the Calgary Flames.