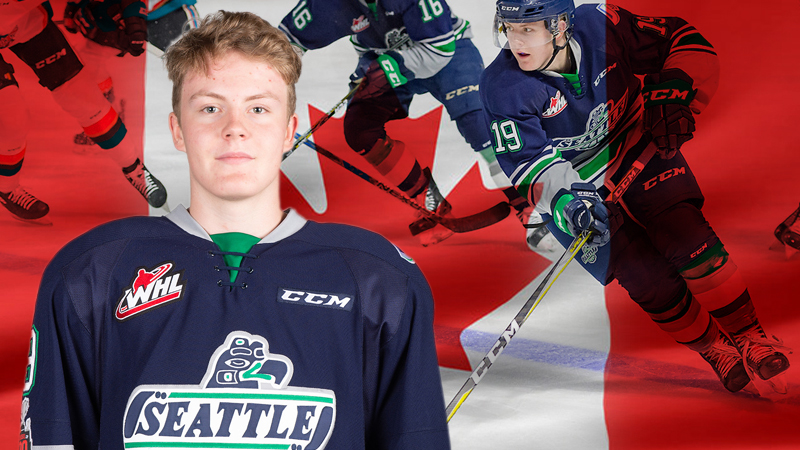 Mount will pay for Team Canada Red at the tournament.

The 2018 World Under-17 Hockey Challenge takes place from November 3 to November 10 in Saint John and Quispamsis, New Brunswick. Eight teams will compete over the seven day tournament. Team Canada Black, Team Canada White, the Czech Republic and United States will play in Group A. Team Canada Red, Finland, Russia and Sweden will comprise Group B.

“The Thunderbird family is extremely proud of Payton,” said La Forge. “It is always nice to see the hard work of our players recognized. I am confident Payton will do a tremendous job of representing our club and his country.”

Mount was the T-Birds first round bantam pick in 2017 and has played in seven games this season and has four assists.

The T-Birds host the Tri-City Americans tonight at accesso ShoWare Center at 7:05pm. They are in Kennewick Friday for a 7:05pm game against the Americans.