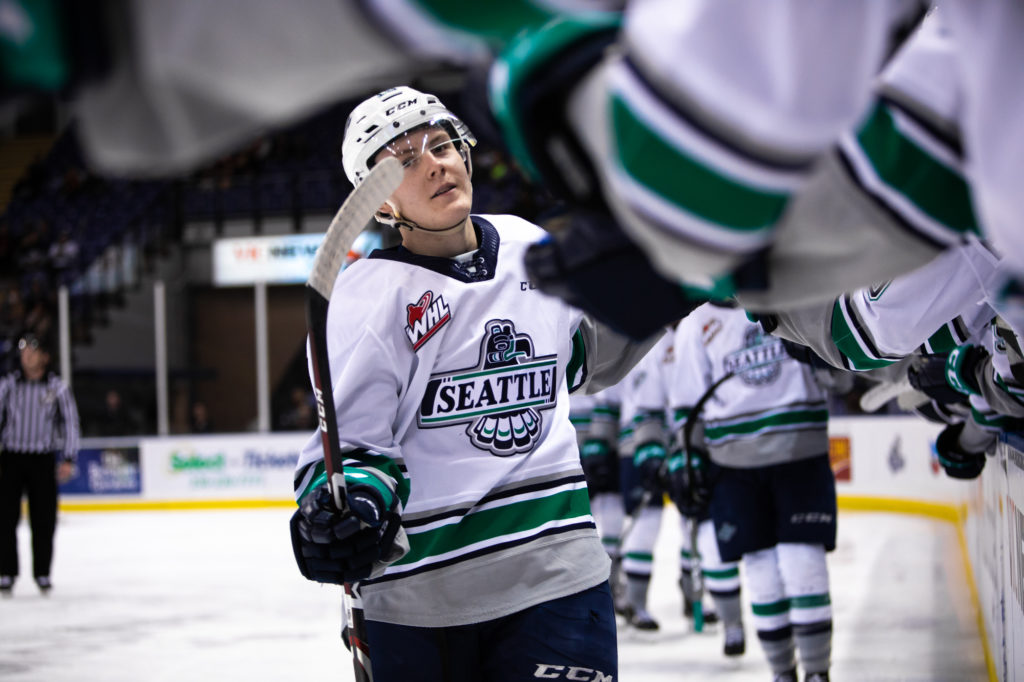 VICTORIA, BC, December 6, 2019 — Payton Mount is from Victoria. Friday night in his hometown Mount had two goals in front of family and friends to help lead the Seattle Thunderbirds to a 4-1 win over the Victoria Royals at Save-On-Foods Memorial Arena.

The T-Birds and Royals meet in the second of back-to-back games in Victoria on Saturday at 7:05pm.

Goalie Blake Lyda was very good in net for the T-Birds stopping 35 of 36 shots to get the win. Lyda had 14 saves in the first period, 11 saves in the second period and 10 saves in the third period.

Newly acquired Max Patterson joined the team in Victoria Friday morning and had an assist on Mount’s second goal of the game.

Seattle opened the scoring at 17:20 of the first period courtesy of some good forechecking. Keltie Jeri-Leon forced a Victoria turnover when a pass went off his right skate to Conner Roulette behind the Victoria net. Roulette centered the puck on his backhand to Henrik Rybinski in the slot. Rybinski beat Victoria goalie Brock Gould on the glove side with a wrist shot.

A successful forecheck led to the T-Birds second goal, at 6:39 of the second period, by Mount. Andrej Kukuca stole the puck in the right corner and skated toward the net. Kukuca laid the puck off for Mount in the right circle. Mount beat Gould with wrist shot on the blocker side for his fifth goal of the season.

Conner Roulette scored a highlight reel goal at 8:18 of the second to put the T-Birds in front 3-0. Keltie Jeri-Leon, covering the right point when Tyrel Bauer pinched down the wall, had the puck come to him. Jeri-Leon crossed the puck to Luke Bateman at the left point. Bateman took a wrist shot that missed the net, hit the end boards and landed to the right of the net behind the goal line. Roulette got the puck and backhanded it between his legs toward the crease. The puck went off a Victoria defenseman’s skate and into the net. It was Roulette’s sixth goal of the season.

The Royals got on the board at 19:31 of the second on a power-play goal by Gary Haden.

Mount scored his second goal of the night at 11:11 of the third period. Patterson forced a turnover in the neutral zone and got the puck to Kukuca who entered the offensive zone on the left wing. Kukuca skated left to right through the zone and put a wrist shot on net from the right circle. The rebounded off the left pad of Farkas to Mount to the right of the net. Mount slid the puck past the outstretched left pad of Farkas for his sixth goal of the season. 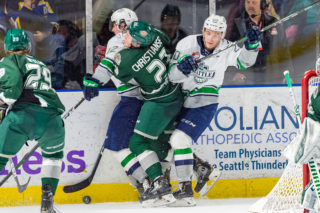 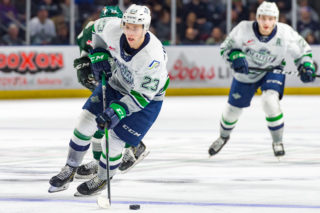 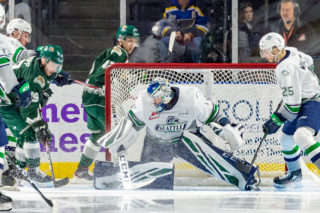 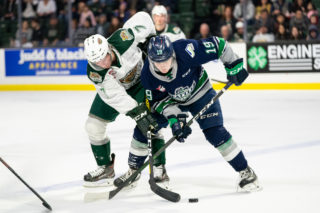 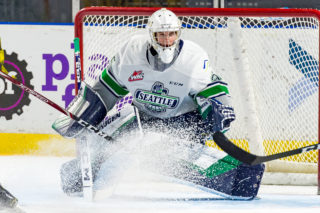 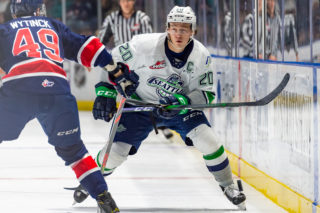