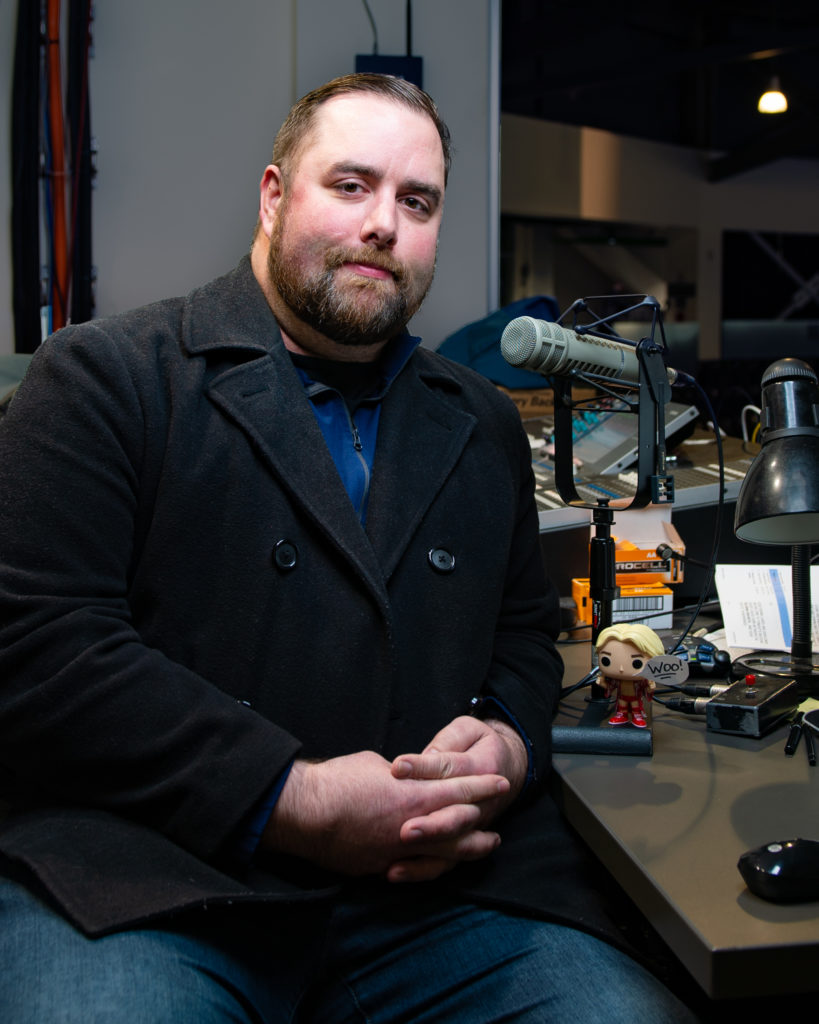 There are several things. First, I don’t take for granted what I do – this is a huge honor and a privilege that the organization has given me this and many other opportunities. Each night, I want to do good by everyone involved and represent the T-Birds well – this is a big family.

I suppose my favorite aspect is helping to create an environment that people want to be a part of. Whether it’s a fan that’s purchasing their first jersey and ticket package, or a fan that has been doing that for many years and has 20 jerseys, or an employee or a volunteer of the team or accesso ShoWare Center. We’re all in this together and I hope everyone feels a huge draw to be a part of it.

Also, I hope hockey players, no matter if they’re at Kent Valley or play for another WHL team, want to someday play for the Seattle Thunderbirds. I like that we empower the players to come up with their warmup music and their own goal song after they score a goal.

A beat writer from Brandon said earlier this year that attending a game in Seattle is like going to a party with a hockey game in the middle – I thought that was kinda cool. So, to be in a position to help influence our game nights is such a fulfilling thing, and there’s nothing like that feeling driving home after a good game, packed house, and a win.

There’s lots of pressure and I have a lot going on during games – so I have to be focused at all times, but I absolutely embrace it. I’m confident in my decision making under very tight timelines and for something that may affect the atmosphere at ShoWare with over 6,000 fans in it. Lots of things can trickle down from that.

Also, it can be tough if I’m not having a good day or not feeling well – hockey is in the middle of flu and cold season – so I have to know what my limitations are with my voice in case I have a cold or something, but from that I must be as consistent as I can. I also try and change up most of the music each night – kind of that Pearl Jam ethos of not having the same set each concert. I don’t ever feel like I can or should phone it in, each game is its own experience and the players and fans deserve our best on those game nights.

So many of them both personal and professional – here’s my Top 6 in honor of the jersey number of my favorite T-Bird of all time, Brendan Witt:

-My first T-Birds game in January 1992 against Victoria Cougars in the Mercer Arena and getting a couple of game pucks.

-Attending the 1992 Memorial Cup in the Seattle Center Coliseum.

-First game as an intern which was opening night against Kelowna in 2002 – we literally had a shopping cart from the local Safeway to fill up the gear from a huge line brawl that night.

-Working with Pearl Jam guitarist Mike McCready in playing the National Anthem before a game in 2004. Mike is one of my heroes, and to have the opportunity to help raise awareness for the Crohn’s and Colitis Foundation, that him and my friend Chris Adams are a part, of was a big deal. I felt like I was giving back just a little bit of what he’s given me musically over the years.

-Those playoff series’ against Kelowna when Evan Wardley and Matthew Wedman scored OT winners were amazing…but, I’d have to say that the sending-off after the T-Birds 7-4  Game 5 win in the 2017 WHL Finals against Regina with the whole building chanting “Bring It Home” was epic.

Not really. I just try and make sure my voice is warm. I do that by over enunciating and by reading freeway signs and license plates. I also have to have my room temperature Gatorade Orange drink and room temperature water. I stay away from dairy, carbonation, and anything too hot or cold for my voice.

This is a major dream come true. I remember going to my first Vancouver Canucks game in the old Pacific Coliseum against the Winnipeg Jets and being confused as to why Seattle didn’t have an NHL team. But Seattle did have a hockey team and I would check the standings each morning in the Seattle P-I and finally asked for those T-Birds tickets for my birthday.

I think, and hope, the same thing is going to happen when the NHL team is here. I’m really looking forward to seeing the NHL team being a major success and wearing my jersey with some flip flops in the late spring during a push to the Stanley Cup. I really hope the US Division teams get a major boost from it as well. A rising tide lifts all boats and always support your local WHL team. I just love the T-Birds and this league and I can’t wait for the NHL to be here.

I’m a father of two young kids – I love participating with their activities in the community I live in. I coach soccer, I announce basketball for Edmonds College, I’m around doing things. I just love my community. I’m blessed with good family and friends and everything that’s included with that. I like being at home, checking out the occasional things with a lot of character whether it’s a dive bar or a small town in the northwest or where the best chicken wings are at. I’m looking forward to getting into gardening and also exercising my creative side a bit more.

Probably defense like Brendan Witt. Or on the wing like Turner Stevenson. Two of my favorite T-Birds ever.

I know that most people say Portland and/or Everett. While I agree with those two teams being our rivals, I’m going to go with one a little outside the box and say the Kelowna Rockets.

We’ve had a few historic playoff clashes with them over the years and it seems like there’s always something a little extra when the T-Birds play them. I think this is all rooted back to the Rockets days in Tacoma – those Seattle/Tacoma games were absolutely crazy, and I think some of that still kind of exists after all these years.