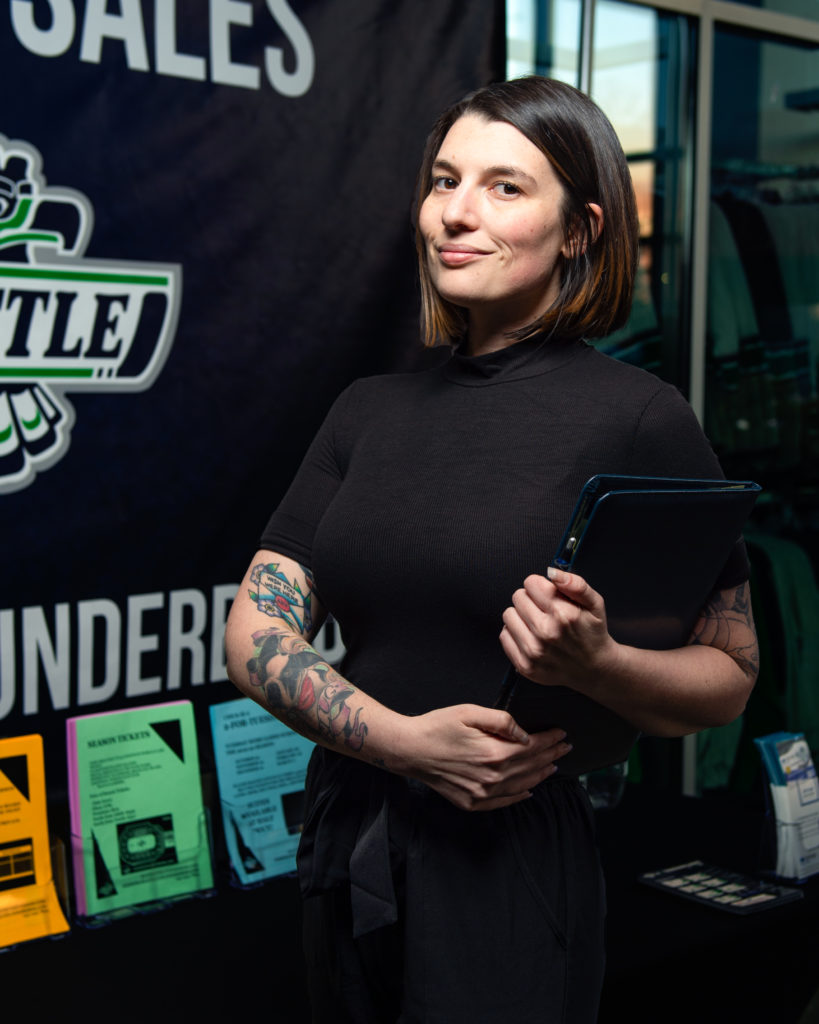 I am the Senior Account Executive. You want season tickets, a flex plan, to put a group outing together, or someone to have a good chat with? I’m your gal 😉

I started my season long internship with the T-Birds at the beginning of the 2016-17 season (our Championship year) and joined the crew full time a few months into the season after.

I love all of the relationships that I have formed over the last few years. I consider our staff as one big family and being able to interact with our fans on the level that I do is priceless. I’ve made some very good friends in my last few years here.

Surviving the offseason with no hockey.

My favorite memory has to be watching our boys bring home the Championship. The office staff would gather in the locker room to watch the away playoff games. That’s where we were when True scored the game winning goal. The room went wild. We were all so ecstatic that we had won. There was screams and tears of joy. It really an awesome feeling to not only work behind the scenes that season and be a part of the championship journey, but to experience it with the people I did just made it that much more special.

Not so much anymore. During the championship year playoff run, I believed that once we had scored a goal I had to stand in that exact spot where I was when we scored, for the remainder of the game.

I am super excited for the NHL team! I just hope I can make it out to as many games as I would like.

When I am not working, during the season, I love spending time at home with my boyfriend and our 3 huskies (Gracia, Cymber, and Ruby) and our 2 cats (Otto and Gemma) watching Jeopardy or one of our other favorite shows. During the summer we tend to spend less time at home and more time exploring different farmers markets in the greater Seattle/Tacoma area, trying out new restaurants, and going out for a spin on the Puget Sound in our boat. I also love working out at the gym and baking.

Definitely defense. I would love to check someone into the boards.

That is a tie between Everett and Portland.