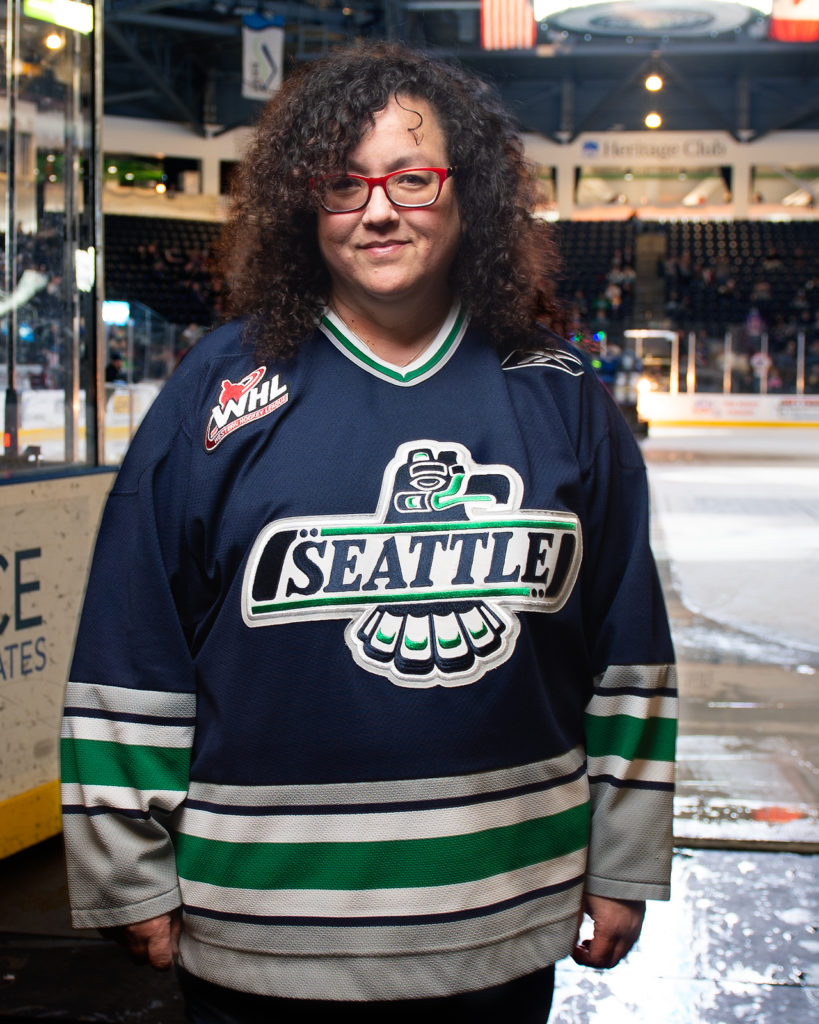 I’m a national anthem singer for the team.

I LOVE when the crowd sings along with me. It gives me chills every time. 💝

The most challenging aspect of singing is making sure I start in the right key. Otherwise, I might end up singing too high, and everyone would suffer for it. 😁

My favorite T-Birds memory was the first time everyone sang along (maybe two years ago?). I went out to sing and didn’t realize the microphone wasn’t on. So, I turned it on then said, “Let’s do this again and this time, you sing with me.” It was so much fun. Tom Helm has been asking the crowd to sing along with me since then.

I ALWAYS write the lyrics to O Canada and the Star Spangled Banner before I sing and take the lyrics out onto the ice with me. You’ll see the paper in my left hand. I’ve been doing this since I became the national anthem singer for my college, The University of Alabama Huntsville (which has an NCAA Division 1 ice hockey team!). I started doing this after forgetting the words to O Canada one night. We didn’t have the internet then (I had learned the song by listening to a record of Canadian folk songs). I asked our goalie (who was Canadian) for the words and he gave me THE WRONG WORDS! I sang what he gave me and tried to sound convincing. I’ve always written the lyrics since then.

I’m excited for the NHL to come to Seattle and excited to see how having an NHL team will help grow the sport of hockey among kids and our T-Birds!

When I’m not singing for the T-Birds, I teach high school (video production). I also like to write and have self-published two novels, one of which is being turned into a movie.

If I were to play hockey, I’d play defense because that’s the position I played in soccer. I think I’d be a good hip-checker. 😁

Their traditional rivals are the Portland Winterhawks, but the Everett Silvertips are also up there. Any time either of those teams comes to ShoWare, you can expect an exciting game.