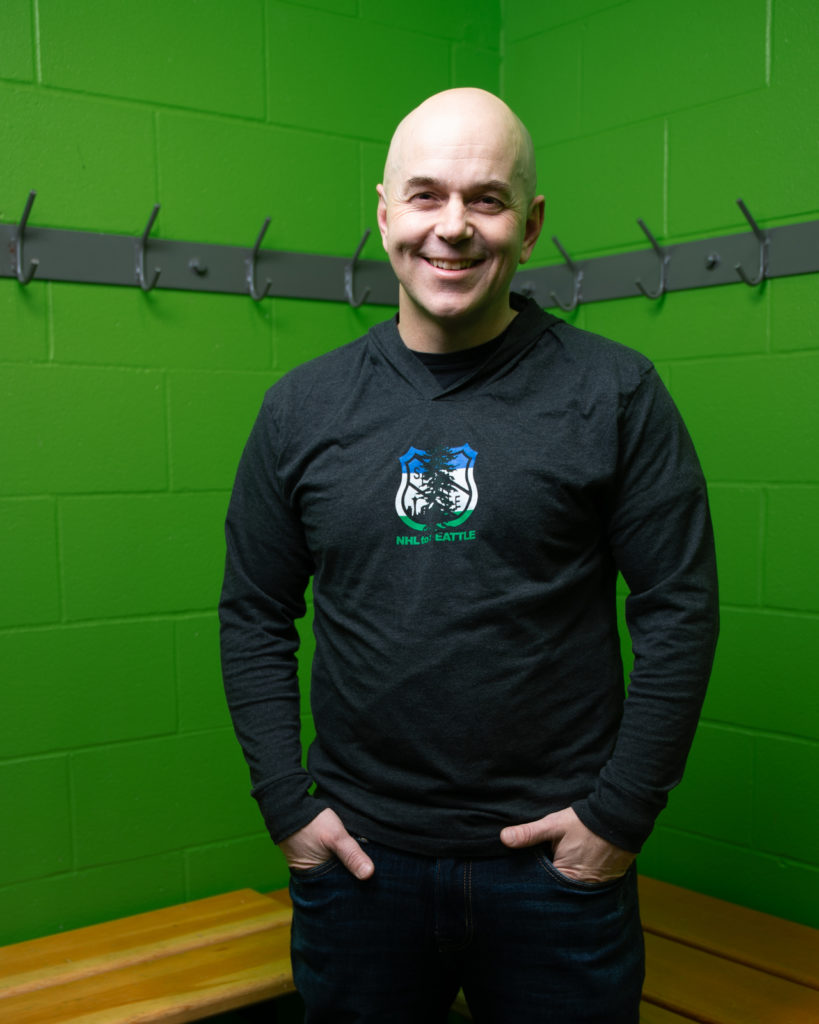 I started the grassroots campaign, NHLtoSeattle roughly 10 years ago. As part of that effort, one of my goals was to grow the hockey community in the region which meant connecting with all hockey focused organizations in the area which includes the Seattle Thunderbird and connecting hockey fans to the Seattle Thunderbirds. I do my best to promote all aspects of hockey across the community.

I originally got involved with the Thunderbirds when I participated in the RMHC Hockey Challenge, which they hosted back in 2005. It was not until 2010 when I started the NHLtoSeattle campaign and started engaging with hockey fans more proactively.

The fans! This journey has been quite the roller coaster, but the fan community has been the fuel behind the movement. I’ve met some great people along the way and always enjoy running into fans or meeting new fans at T-Birds games or other Seattle hockey events. Years ago, it was conversations on how we make the NHL expanding to Seattle a reality, which then became the NHLtoSeattle campaign, and now it is hugs, high-fives, and “celebrating”.

Being patient. I always want to do more to build the hockey fan base in the area. I’ve knocked on a lot of figurative doors and had those doors shut in my face a lot. But I needed to press on because I believed in this growing hockey community. The Seattle Thunderbirds have always been supportive of the NHLtoSeattle efforts and building the fan base.

The last home game of the 2017 WHL Playoffs. It was Mathew Barzal’s last T-Birds game. He had 2 goals in that game and the 7-4 victory would put Seattle up 3 games to 2 in the Final with the last two games to be played in Regina. Barzal looked so elite in that game and the T-Birds looked so dominant that it felt like the championship was inevitable.

Hmmm…what do you think?

Hockey. I like playing hockey, watching hockey, and introducing others to hockey

I play forward, but I did recently put on some goalie gear to raise money for the Ronald McDonald House in Seattle. I don’t think I will have much shot to be the NHL’s Emergency Back Up Goalie anytime soon.

Portland, but Everett is closing in on them.