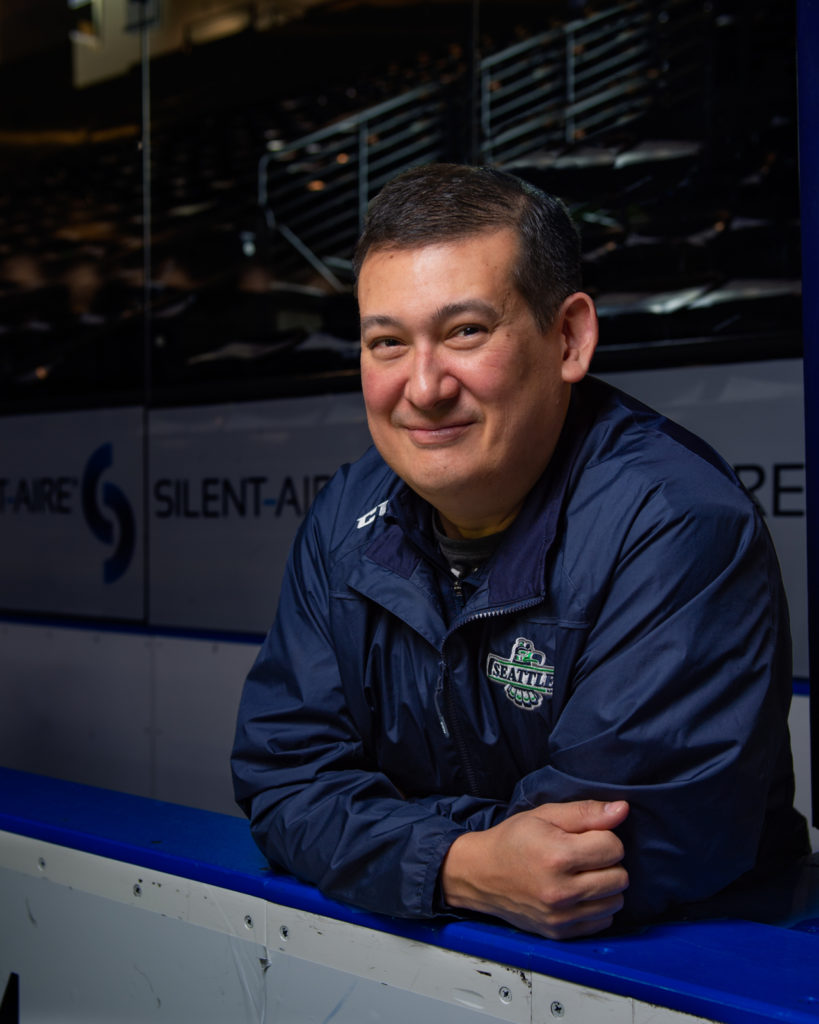 Taking care of the players, coaches and referees. Also, I like making sure that the game runs smoothly and players and coaches have what they need on the bench. It is also a pleasure to have my two sons (Bryan and Evan) working alongside of me at each game.

Not getting hit with the puck or stick on the bench.  I have had a few close calls over the years and I have had a few stitches in my time.  Of course, sewn up by the best Doc in the league, Doc Blue.

Winning the 2017 WHL Championship in Regina. I wish it could have been here in Seattle but being there with the guys was an amazing time and I will always cherish the memory.

Warmups – Building a puck pyramid on the blue line for the visiting team and one puck on the center dot, 20 pucks lined up on our blue line for each player to take and take one shot from our blue line into the far goal. During warmups, Davey gets three chances to catch a puck that I toss to him with his stick.  Usually, he only needs 1 to catch it.

Absolutely!  Looking forward to seeing some of our old players, trainers, and coaches, that have continued on into the NHL. That will be amazing!

Refereeing youth and adult hockey, creating and building things for my home and for the rink.

Goalie. They have the most pads and generally they still have most of their teeth.

Portland and Everett, I love being a part of all the games, however those teams can be more intense.  I love to see the crowd get into the rivalry between these 2 teams.