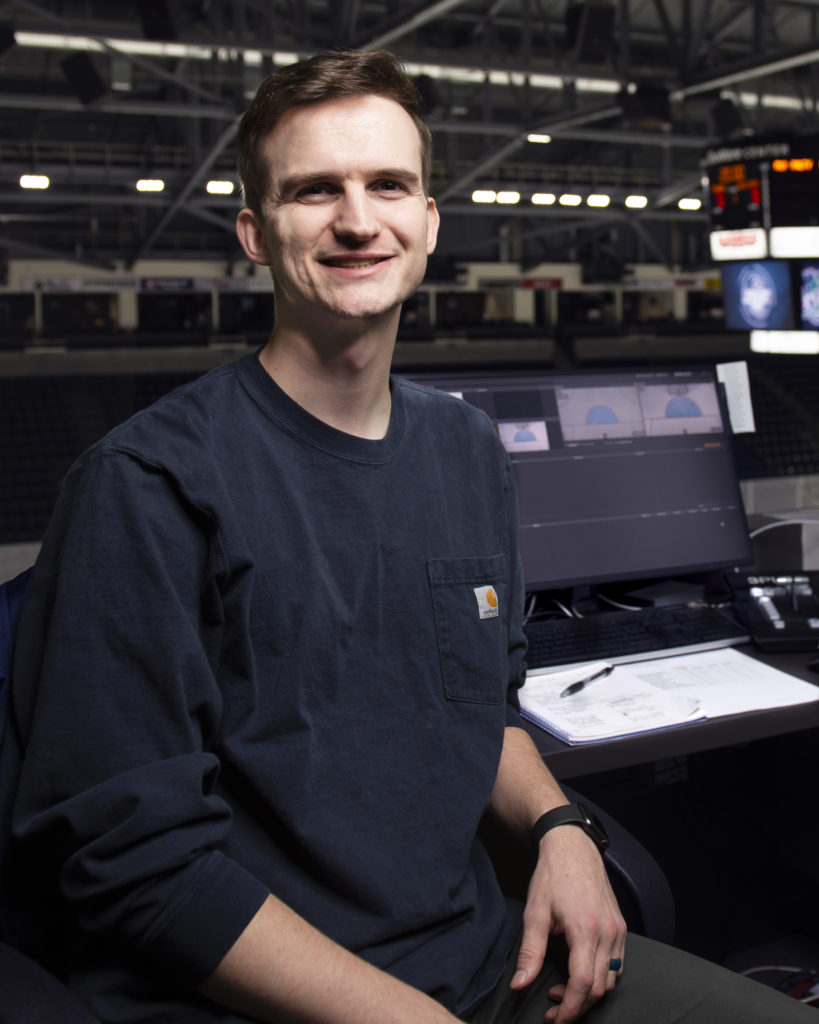 I’m the team’s videographer. That basically means if you’re looking at Seattle Thunderbirds content that moves, I made it. I also work in the A/V department for the building and most nights I’m on replay.

I started working with the Thunderbirds in November of 2013. So, I’ve been around for over 6 years now.

I love having a part in creating an atmosphere that helps the team win.

Every game has a lot of content that needs to be made. Whether it’s for social, in-game, or for our JOEtv broadcasts. When we start having a lot of games within a short time span it can get a little busy but I think it’s worth it in the end to keep things as fresh as possible for the fans.

April 27, 2016 Matthew Wedman’s OT goal against Kelowna. I actually couldn’t be at that game. So, I was watching the stream, and I remember as soon as he was on the breakaway thinking, “That’s game.” Being able to put that into the video to announce that he would be captain while he was with the team this year was awesome.

I’m not a superstitious guy, and I’m way too busy on game days to even think about adding something like that to my to-do list. On my way in, I usually pick up a chicken sandwich if that counts.

I’ve been waiting for an NHL team I could call my own since I was a really little kid. Their first game is going to be a very special day for me.

My wife and I just bought a house so most of my free time lately has been going into taking care of it. Outside of that I like to play video games, go on walks, take pictures, and watch baseball or hockey.

When we would play roller hockey growing up, I usually played defense, but I couldn’t (still can’t) skate backwards.

There are the obvious answers, but I feel like a really underrated match up has been with the Ams. Those are some of my favorite games to see.