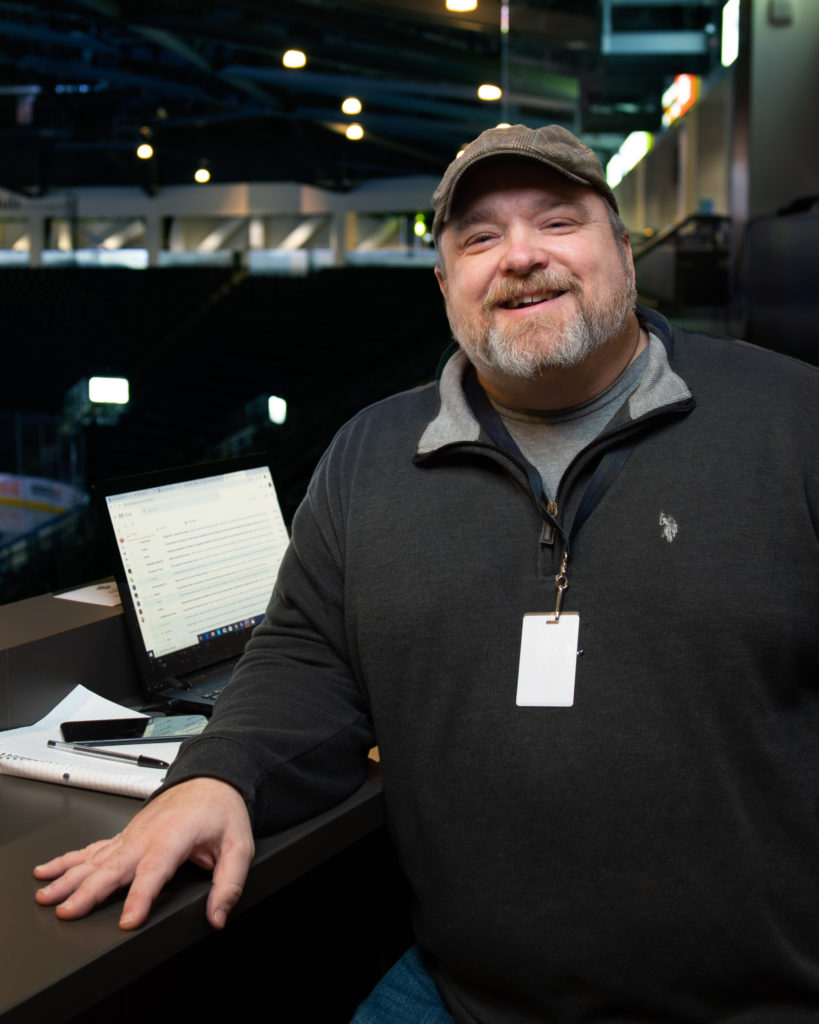 I cover the Thunderbirds for 710 ESPN Seattle’s web page and occasionally join Thom Beuning on the radio broadcast and the weekly Coach’s Show.

I love hockey and I love writing stories so being able to combine them and tell the Thunderbirds story to their fans has to be one of my favorite things. I’ve also been lucky enough to meet some great people in this game, including coaches, players, fans, and other media members.

The two trips to the WHL Championships Series were a memorable ride but my favorite memory — and I’m trying not to be dark here — is the post-game at the Memorial Cup in Windsor, after Seattle had been eliminated. Seeing the raw emotion on players like Mathew Barzal, Ethan Bear, Scott Eansor, and Keegan Kolesar was a reminder of how passionate these guys are and how much winning means to them. They knew they had just played their last game in a Seattle sweater and even though they all had pro hockey in their futures, they were overcome by the moment. I’ll never forget it.

I like to get to the rink as early as possible on game day, usually two hours before puck drops. It’s a great way to get set up, read about the visiting team, talk to people who cover the other team and just be around the game more.

Yes, I’ve been lucky enough to cover that story for both NHLtoSeattle.com and NHL.com and it’s been a blast to watch that franchise come together. I think it’s going to be a huge success and have a positive impact on the Thunderbirds and the WHL.

I’m a big music guy and play the guitar, badly but with a great deal of enthusiasm. I also am a movie buff and I watch a lot of hockey at home.

A brooding shut down D-Man who can’t skate, pass, or shoot well.

Without a doubt it’s the Portland Winterhawks. Rivalries can heat up and cool down and Seattle and Everett is perhaps more heated at the moment — thanks to playing three straight years in the playoffs — but for over 40 years it’s been Seattle and Portland. I feel that it runs pretty deep on both ends and is always fun to watch.