Max Patterson To Play For University of Calgary Dinos Next Season 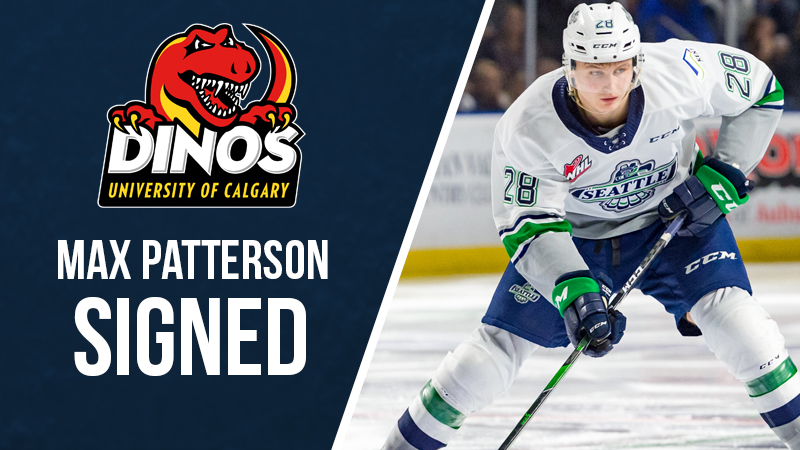 Patterson played 34 games with the T-Birds last season and had five goals and 11 assists for 16 points. Patterson was acquired from the Everett Silvertips on December 6.

Patterson played 320 games in the WHL over five seasons with the Kootenay Ice, Swift Current Broncos, Silvertips, and T-Birds. He had 46 goals and 70 assists for 116 points in his WHL career.

“Max joined us midseason and immediately brought leadership qualities that were very important to our team,” said La Forge. “We know Max will be successful with Calgary and he is another example of a player that is using the WHL Scholarship to receive an education and continue his hockey career.”

Patterson finished up his WHL eligibility this past season and will now take advantage of the WHL Scholarship Program. For each year that Patterson played in the WHL, he receives a year of college tuition and books at the University of Calgary.