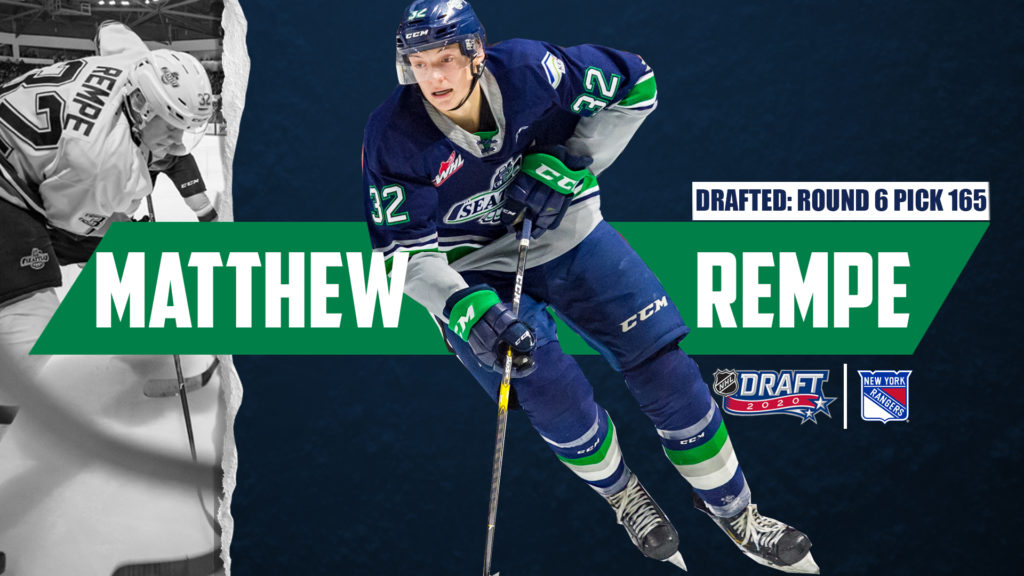 October 7,  2020 – Seattle Thunderbirds center Matthew Rempe was selected in the sixth round, 165th overall, by the New York Rangers in the 2020 NHL Draft Wednesday afternoon.

Rempe had 12 goals and 19 assists for 31 points in 47 games in his rookie season last year. He missed the first 15 games of the season with an injury. Rempe scored his first career WHL goal on November 9 against the Everett Silvertips at accesso ShoWare Center in a 4-2 loss.

“It is a pleasure to see a player like Matt get rewarded for his hard work and perseverance,” said GM Bil La Forge. “It is a testament to his character and our team’s dedication to player development that sees him selected by the Rangers in the NHL draft.”

The pick is in!

“Matt burst onto the scene this year and was an integral part of our team,” said head coach Matt O’Dette. “The work he put in and improvement that followed was eye-popping. To see it culminate into being drafted by the Rangers is fantastic.”

Rempe was named the T-Birds Most Improved Player for the 2019-20 season.

Rempe signed a WHL Standard Player Agreement with the T-Birds on August 18, 2018.