mathew barzal player of the year 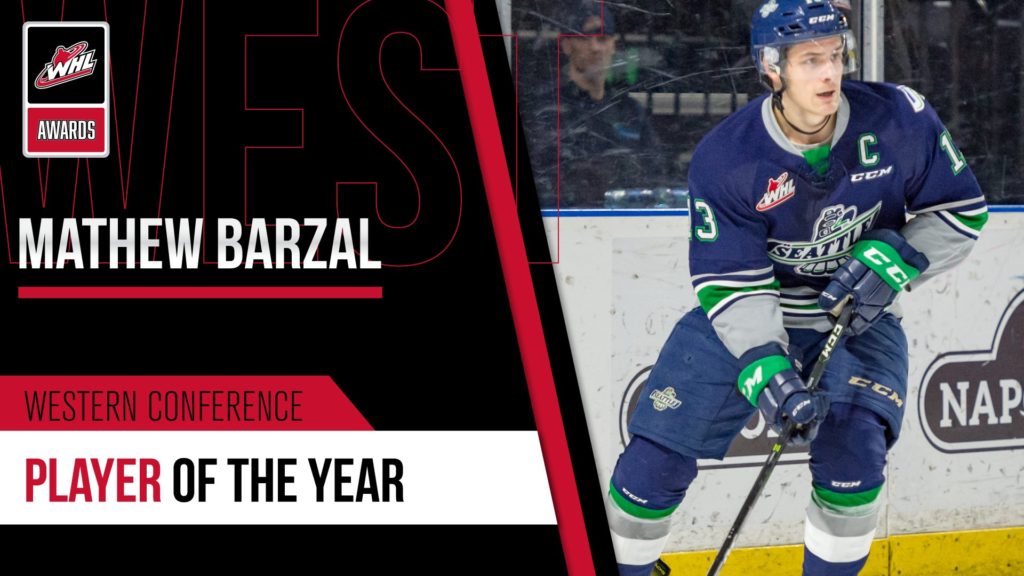 Barzal is eligible to win the Four Broncos Memorial Trophy given to the WHL Player of the Year at the 2017 WHL Awards in Calgary, Alberta, on Wednesday, May 3.

Barzal was also named a Western Conference First Team All-Star by the WHL today for the second consecutive season.

Barzal had 10 goals and 69 assists for 79 points in 41 games this season. He started the season with the New York Islanders playing two games before returning to the T-Birds. Barzal won a silver medal with Team Canada at the 2017 World Junior Championship.

Barzal was selected by the New York Islanders in the first round, 16th overall, of the 2015 NHL draft

Conference award winners for the WHL’s Scholastic Player of the Year, Humanitarian of the Year, Top Official and Business Award will be announced at a later date.

Games 3 and 4 of the series are on Wednesday, March 29, and Friday, March 31, at the Toyota Center in Kennewick. Both games start at 7:05pm.

Single game playoff tickets are currently on sale on the T-Birds website and at the ShoWare Center box office. The ShoWare Center Box Office is open Monday through Friday 10 am to 5 pm and Saturday and Sunday game days at noon.