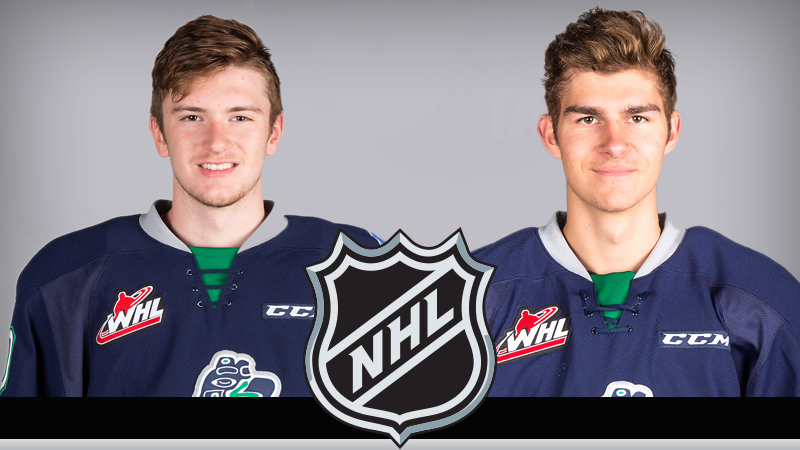 KENT, October 1, 2018 — Seattle Thunderbirds defenseman Jake Lee and left wing Dillon Hamaliuk have been listed by NHL Central Scouting in the October Players To Watch List for the 2019 NHL Draft.

Both Lee and Hamaliuk received a ‘C’ rating from NHL Central Scouting which indicates they are a fourth through sixth round candidate for the 2019 NHL Draft.

Lee, born July 13, 2001, was the T-Birds first round selection, and the 18th overall pick, in the 2016 WHL Bantam Draft. This season Lee has played in the team’s first three regular season games and has an assist. In his rookie year last season Lee played in 64 games and had four goals and six assists for 10 points with 69 penalty minutes. As a 15-year old Lee played in Game 6 of the 2017 WHL Western Conference Final against the Kelowna Rockets. The T-Birds won Game 6 3-1 to win their second consecutive Western Conference Championship.

The T-Birds next game is Friday at Angel of the Winds Arena against the Everett Silvertips at 7:35pm. The next home game is Saturday against the Kelowna Rockets at 6:05pm.