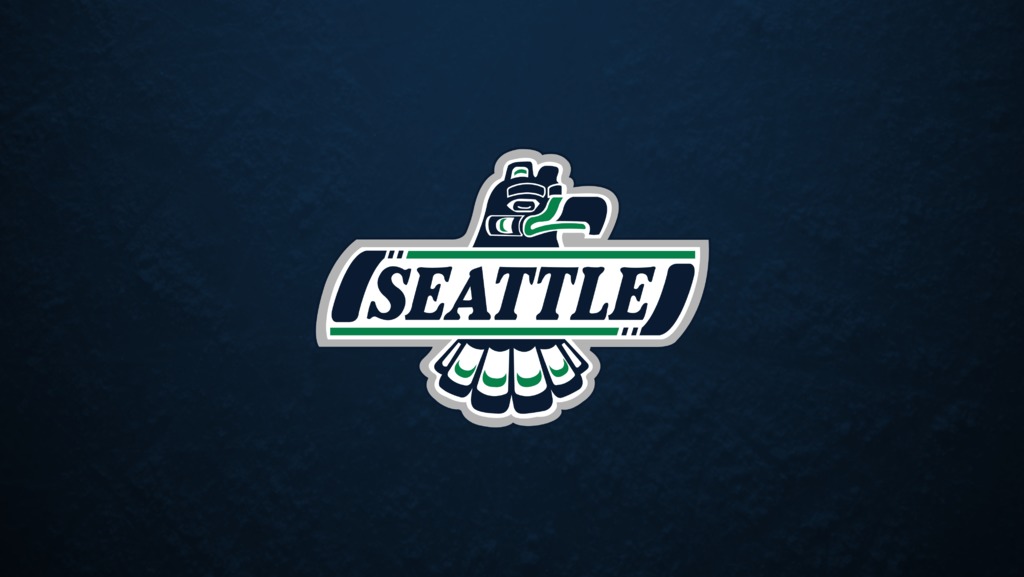 EVERETT – Gabe Ludwig’s goal with just under three minutes left in the third period broke a tie and propelled the Seattle Thunderbirds to their first win of the preseason, 4-3 over the Tri-City Americans, Sunday at Angel of the Winds Arena.  The Thunderbirds are off until next Saturday when they travel to Kennewick to face the Everett Silvertips in the preseason finale.

The win was the result of a well rounded effort that pleased head coach Matt O’Dette.  “We carried the play most of the night, short two guys in a three-in-three, playing with primarily a young lineup, we played hard.”

It didn’t take long for Tri-City (1-1-0-0) to open the scoring.  The first goal came off the games first shot, from Rhett Melnyk, a minute in.  But Seattle found the equalizer just before the midpoint of the period when Jared Davidson put back his own rebound. Mekai Sanders and Reid Schaefer picked up the assists.

It was the response O’Dette was looking for.  “It’s a learning process of knowing how to respond after goals (and) starts and ends to periods.  Things like that, that control the momentum of the game.”

The Thunderbirds (1-1-0-1) grabbed the lead just 21 seconds into period two when Sam Popowich redirected Henrik Rybinski’s pass into the Americans goal.  Kevin Korchinski earned the second assist.  Four minutes later Sam Oremba, from behind the net, centered a pass to Schaefer who scored to make it 3-1 Seattle with Davidson getting an assist as well.

In the third period a quick whistle cost Davidson a second goal that could have extended Seattle’s lead.  Minutes later Tri-City cut the Thunderbirds advantage in half when Connor Bouchard scored at 7:01.  The T-birds killed off an Americans power play with five minutes left but Tri-City got the equalizer just seconds after their man advantage expired, off the stick off Parker Bell.

That set up Ludwig’s game winning heroics, as he shoved home a pass from Sanders at 17:22.  Cory King picked the the second assist.

Scott Ratzlaff picked up the win in net, stopping 24 of the 27 shots he faced.  Sanders, Schaefer and Davidson each had multiple point games.

T-BIRDS EXTRAS
Schaefer had a good weekend for Seattle, finishing the three games in Everett as the T-birds leading scorer with a goal and three assists.  O’Dette called it a step in the right direction for the big left winger, heading into his second season with the club.  “It’s definitely progress with him.  He’s got the size, the talent.  He’s got a lot of good tools in his tool box.”

A number of Thunderbirds will be leaving for NHL camps this week.  That includes defenseman Tyrel Bauer.  The T-Birds team captain last season was drafted in the 2020 NHL Draft last October, taken in the sixth round by the Winnipeg Jets.  Because of the pandemic, he was unable to attend a camp last year, so he’s excited for his first opportunity.

“Definitely getting nervous, being the first time, but I’ve kept in constant contact with them.  I’m a year older and definitely prepared a long time for this and ready to go and show them what I’ve got.”

Bauer sees the longer wait for his first camp as a positive.  “It’s been a long time coming.  There’s been a lot of preparation going into it, a lot of different pieces coming together.  Honestly I think I’m more ready then ever right now.”

Seattle opens the regular season October 2nd in Portland.  Their home opener is October 9th at the accesso ShoWare Center. 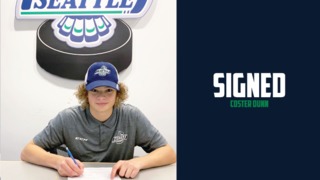 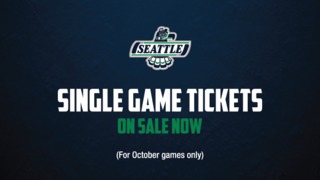