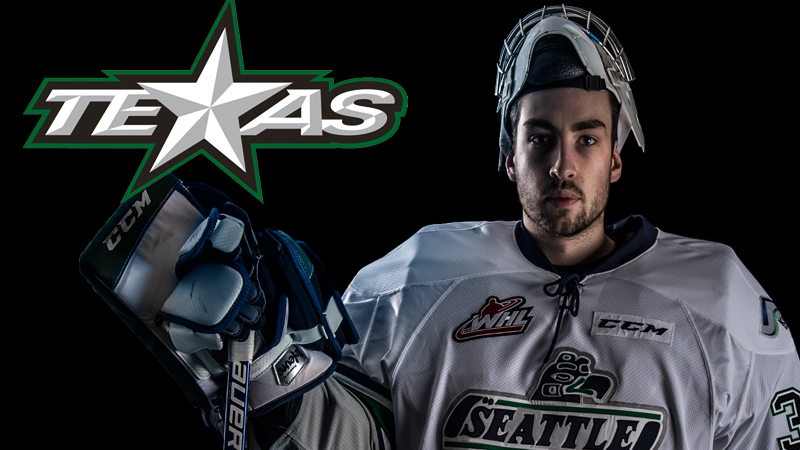 T-Birds goalie was 13-5 in WHL Playoffs

The Texas Stars are AHL affiliate of the NHL’s Dallas Stars.

The T-Birds acquired Bow from the Swift Current Broncos on January 5 for Jamal Watson, Taz Burman and a conditional second round Bantam pick in 2017.
In four seasons with the Broncos and T-Birds Bow played 160 games and had a 74-56-8-5 record with 15 shutouts. He has a career goals against average of 2.91 and career save percentage of .912.