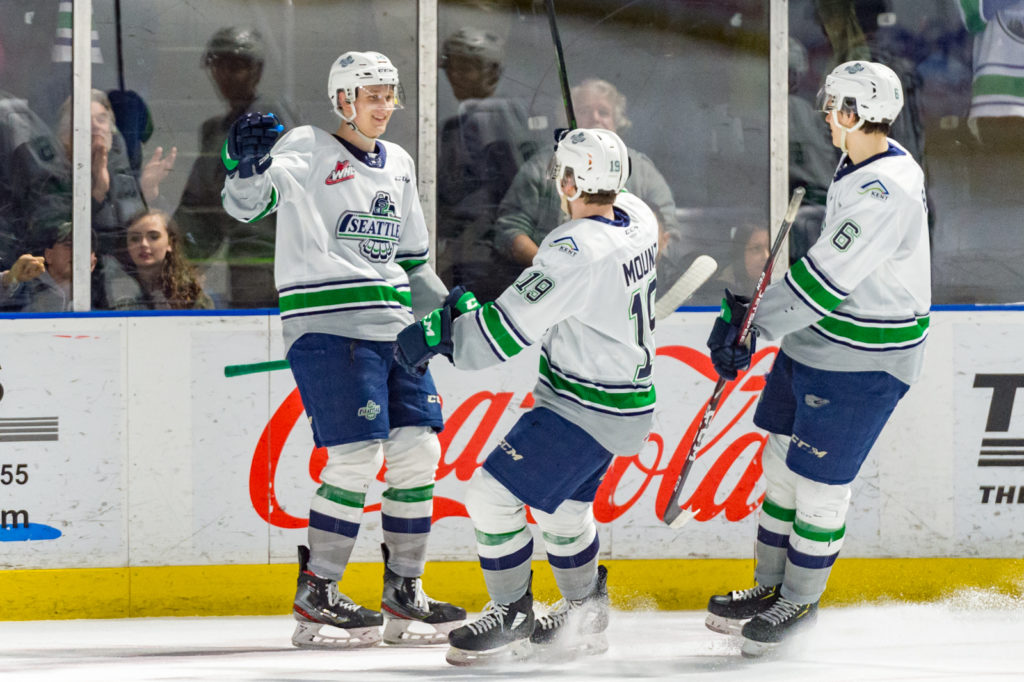 Roulette and Patterson also score in 5-2 win over Warriors

KENT, February 18, 2020 — Andrej Kukuca had a hat trick Tuesday night at accesso ShoWare Center to lead the Seattle Thunderbirds to a 5-2 win over the Moose Jaw Warriors.

Moose Jaw took a 1-0 lead on a goal by Eric Alarie three minutes into the first period.

Seattle tied the game 1-1 at 1:09 of the second period. Conner Roulette took a pass from Brendan Williamson at the top of the left circle. Roulette skated into the left circle and made a toe drag move and then snapped the puck between Moose Jaw goalie Brock Gould’s legs for his 18th goal of the season. Cade McNelly had the second assist.

The Warriors went in front on a goal by Kyle Crosbie at 7:46 of the second period.

Kukuca tied the game 2-2 at 18:11 of the second courtesy of a nice pass from Williamson. Williamson wheeled around the offensive zone and at the goal line to the right of the net he passed the puck to Kukuca in the low slot. Kukuca beat Gould on the blocker side. Matthew Rempe had the second assist.

Kukuca scored his second goal of the night at 5:38 of the third period and it was unassisted. Kukuca blocked a shot at the left point and the puck went into the neutral zone. Kukuca chased the puck down the right wing and on a partial breakaway beat Gould over the blocker.

Seattle extended the led to two at 11:09 of the third on a shorthanded goal by Max Patterson. Kai Uchacz chipped the puck off the right wall to spring Patterson on a breakaway. Patterson skated at Gould and beat the goalie high with a move to his backhand. Tyrel Bauer had the second assist on the goal.

Seattle goalie Roddy Ross had 19 saves in the game.