Kaleb Hartmann signs with the Thunderbirds 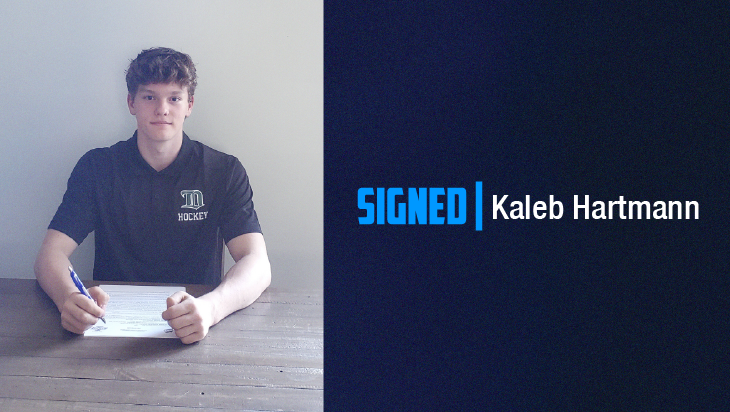 Defenseman was selected in second round of 2022 WHL Prospects Draft

KENT, June 10, 2022 — The Seattle Thunderbirds have announced defenseman Kaleb Hartmann has signed a WHL Standard Player Agreement with the team.

Hartmann, from Langley, British Columbia, was selected by the T-Birds in the second round, 38th overall, in the 2022 WHL Prospects Draft.

“Kaleb is a very strong skater that can play both sides of the puck,” said Director of Player Personnel, Cal Filson. “He’s defensively sound and has a great shot, along with a solid offensive zone awareness.” By signing a WHL Standard Player Agreement, Hartmann is guaranteed a WHL Scholarship for every year he plays in the WHL. A player is able to attend any career enhancing institution of his choice, including universities, colleges, technical institutes, trade schools, or any other institution which will help the player achieve his academic and career goals.