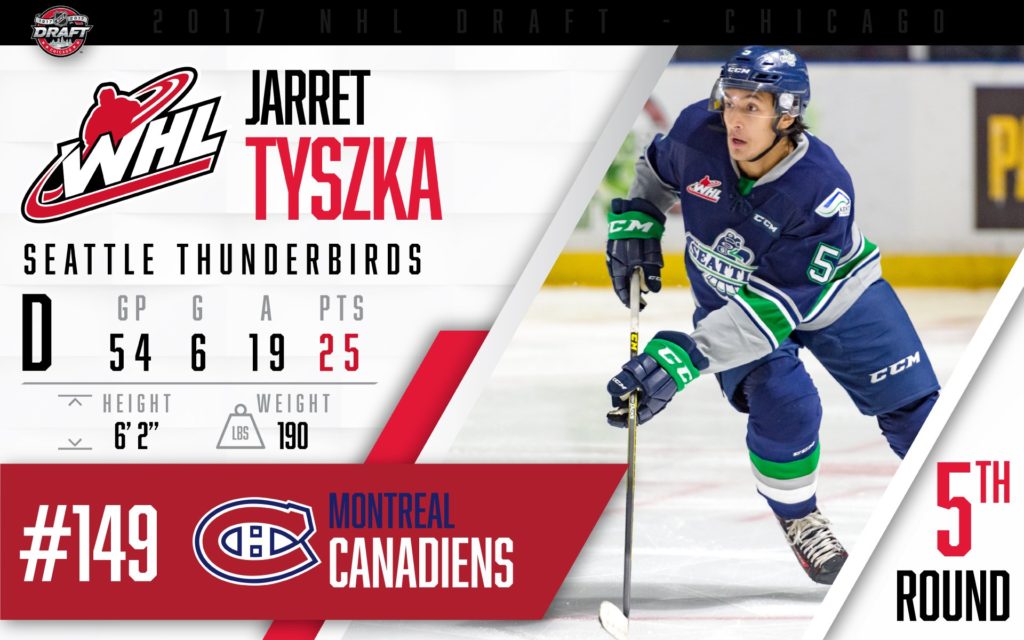 T-Bird defenseman taken in fifth round, 149th overall, by Canadiens

KENT, June 24, 2017 — Seattle Thunderbirds defenseman Jarret Tyszka was selected by the Montreal Canadiens in the fifth round, 149th overall, this morning at the 2017 NHL Entry Draft at the United Center in Chicago.

“We are very excited for Jarret and his selection by Montreal,” said T-Bird general manager Russ Farwell. “He had to battle through a couple of injuries last year but he showed the potential to be a high-end player and the best is yet to come with his game.”

Tyszka, an 18-year-old from Langley, British Columbia just completed his second season with the T-Birds. He finished the regular season with six goals and 19 assists for 25 total points in 54 games.

Tyszka was ranked No. 41 in the NHL Central Scouting Final Rankings for 2017 Draft eligible players. Tyszka also attended the 2017 NHL Scouting Combine in Buffalo prior to the Draft.

He was selected to play for Team Cherry in the Sherwin Williams CHL/NHL Top Prospects game on January 30 at the Videotron Centre in Québec City.

Right wing Keegan Kolesar, who was selected by the Columbus Blue Jackets in the third round of the 2015 Draft, was traded by the Blue Jackets Saturday morning at the Draft. Kolesar was sent to the Vegas Golden Knights for the 45th overall selection, which the Blue Jackets used to select Alexandre Texier from Grenoble in France.

Preseason play for the 2017-18 season will kick off for the T-Birds on Friday, September 1, at 11:30 am against the Vancouver Giants at the Delta Hotels Preseason Classic at Xfinity Arena. The T-Birds will play seven exhibition games. 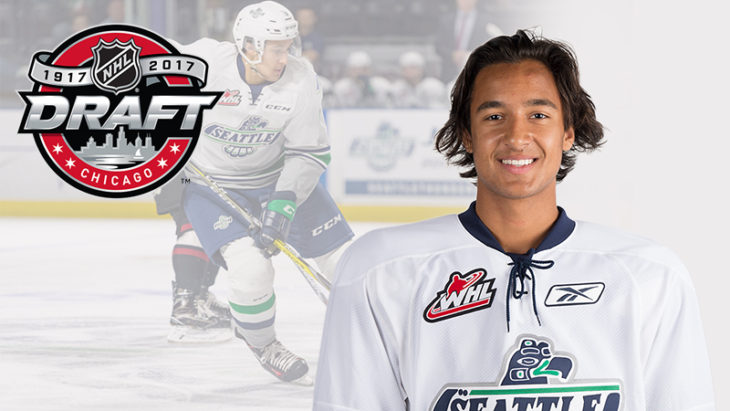