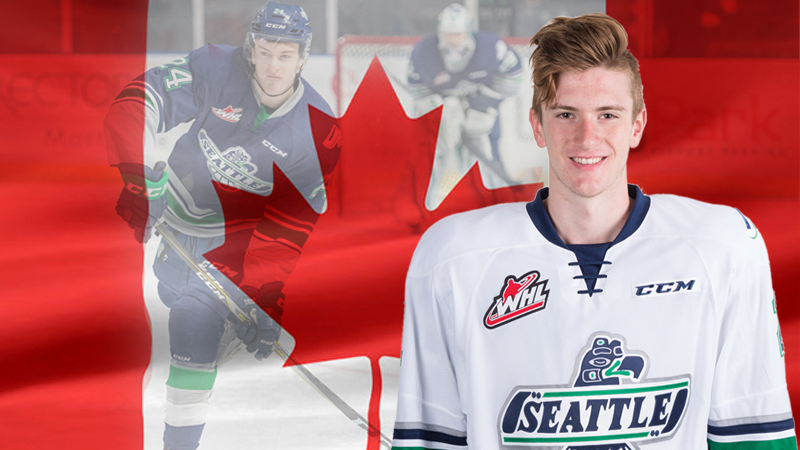 Lee is one of 66 players selected to play for Team Canada at the tournament. The 66 players have been divided into three teams consisting of Team Canada Black, Team Canada Red, and Team Canada White when they compete against the Czech Republic, Finland, Russia, Sweden, and the United States.

This season Lee has played in 10 games and has one goal and one assist.  Last season he appeared in four games with the T-Birds but did not register a point. Lee was with the T-Birds during the run to the WHL Championship and played in two playoff games.

Lee was the T-Birds first round selection, 18th overall, in the 2016 Bantam Draft. He played 32 games for the Sherwood Park Kings Midget AAA team last season and had three goals and nine assists for 12 points with 45 penalty minutes.

Lee was one of 111 players that took part in the Hockey Canada Under-17 Development Camp this summer.