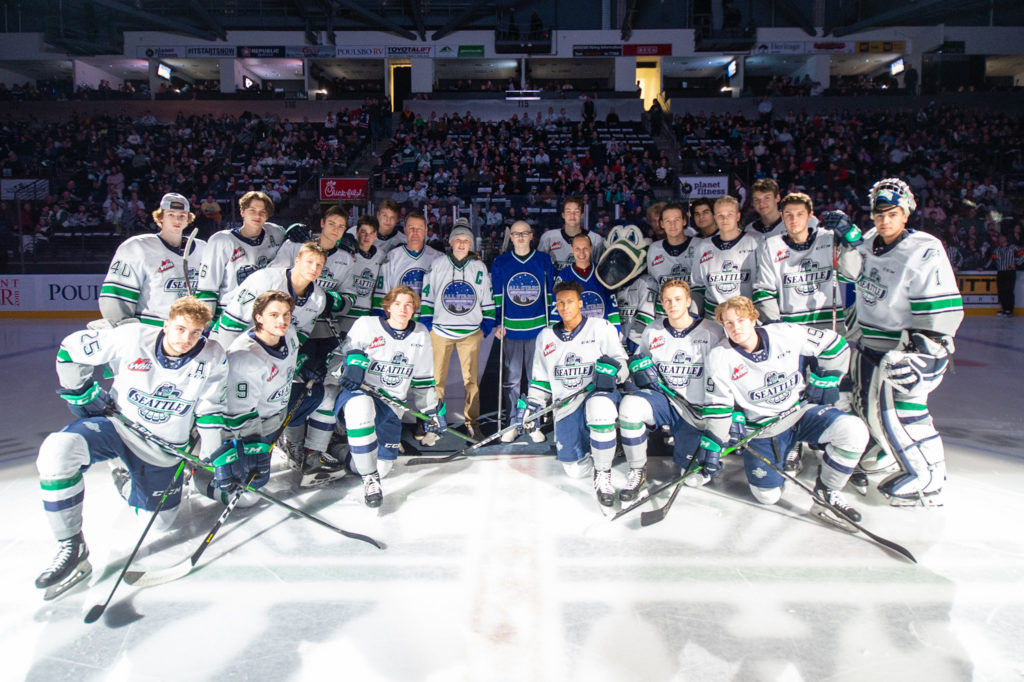 The annual Hockey Challenge has now raised $6.6 million for RMHC in 22 years.

There were seven games played during the Challenge on Saturday. The first five games were played by teams from various divisions at Microsoft, two women’s teams made up of local recreational league players, two teams put together by the grassroots group “NHLtoSeattle” and the NHL Seattle 32s, a team made up of current employees of the 32nd NHL franchise. The T-Birds vs. Vancouver Giants game followed the five Challenge games and the event was capped off by the local Celebrity and T-Birds Alumni All-Star Game featuring Team Olczyk vs. Team  Patterson.

The teams that played in the Challenge raise money to play in the Challenge. All proceeds from the Challenge directly support operations of the Seattle and Anchorage Ronald McDonald Houses, which provide a home-away-from-home to support families while their children receive the critical medical care they need. Last year, RMHC provided more than 39,000 nights of housing and services to over 1,800 families at the Seattle and Anchorage Ronald McDonald Houses.

Triston and Jackson were the Honorary Captains for Hockey Challenge and they dropped the ceremonial first puck prior to the game against the Giants. KING 5 TV did a feature story on Triston that tracked the journey of his battle against caner. Jackson played in the All-Star Game after the T-Birds game.

“It was great to see the Challenge teams work together to support RMHC and we are very pleased we were able to raise $200,000 for RMHC,” said Colin Campbell, T-Birds Vice-President.  “The Challenge is such an important annual event for us and RMHC. We would not be able to raise the money we have without the support of our awesome fans, partners, T-Birds and accesso ShoWare Center staffs, volunteers, and alumni.