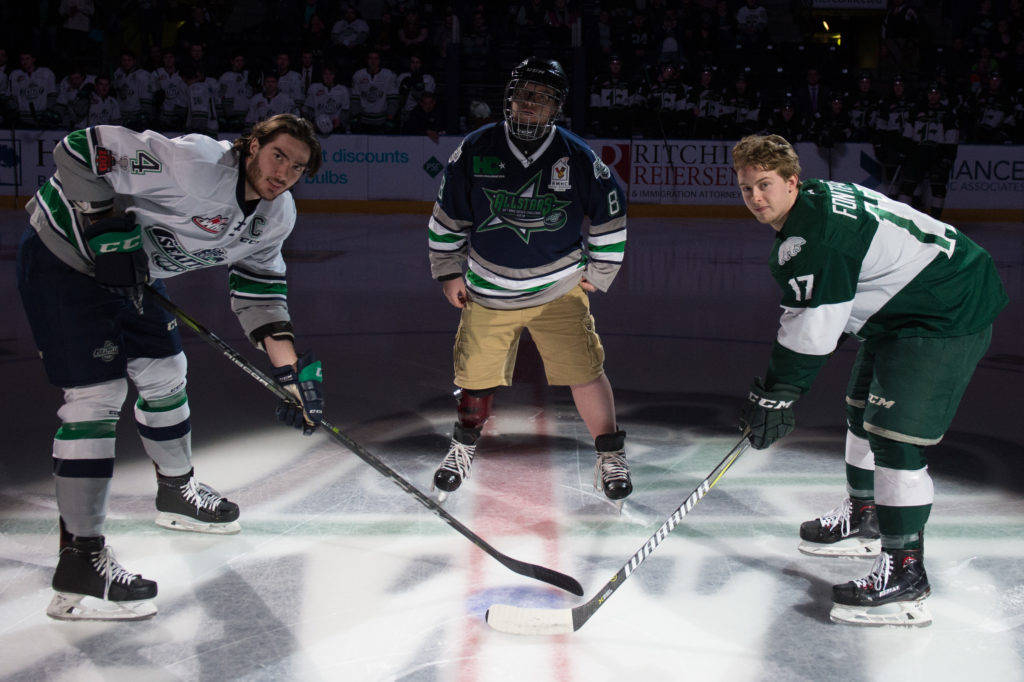 The annual Hockey Challenge has now raised $6.2 million for RMHC in 20 years.

There were seven games played during the Challenge. The first five games were played by teams from various divisions at Microsoft, LinkedIn, two women’s teams made up of local recreational league players and two teams put together by NHLtoSeattle. The T-Birds vs. Everett Silvertips game followed the five Challenge games and the event was capped off by the Celebrity All-Star Game featuring several former T-Birds.

“We are thrilled with the results of Hockey Challenge this year and are ever grateful to the Seattle Thunderbirds, the teams, sponsors, and volunteers who make the event possible,” said Vanessa Kirk Briley, Co-Director of Development at RMHC. “We owe special thanks to the LinkedIn team for travelling from California to take part.

“Hockey Challenge is such an important fundraiser for us since it helps us to subsidize housing and programs for those who need it most,” continued Kirk Briley. “Every year we are amazed by the hockey community’s show of love for families who need a home away from home while their child recovers from a serious illness.”

“We are very proud the Challenge has been such a success for 20 years,” said Colin Campbell, T-Birds Vice-President. “There are so many people, from our alumni and staff to volunteers and fans, that help make the Challenge a great event every season. We couldn’t do it without them. We are already looking forward to next year.”

Bretton Chitwood dropped the ceremonial first puck before the T-Birds game.  Bretton is a hockey player, a cancer survivor, and was the Challenge Kid Captain this year. Bill Wixey from Q13 Fox profiled Bretton and his return to the ice.