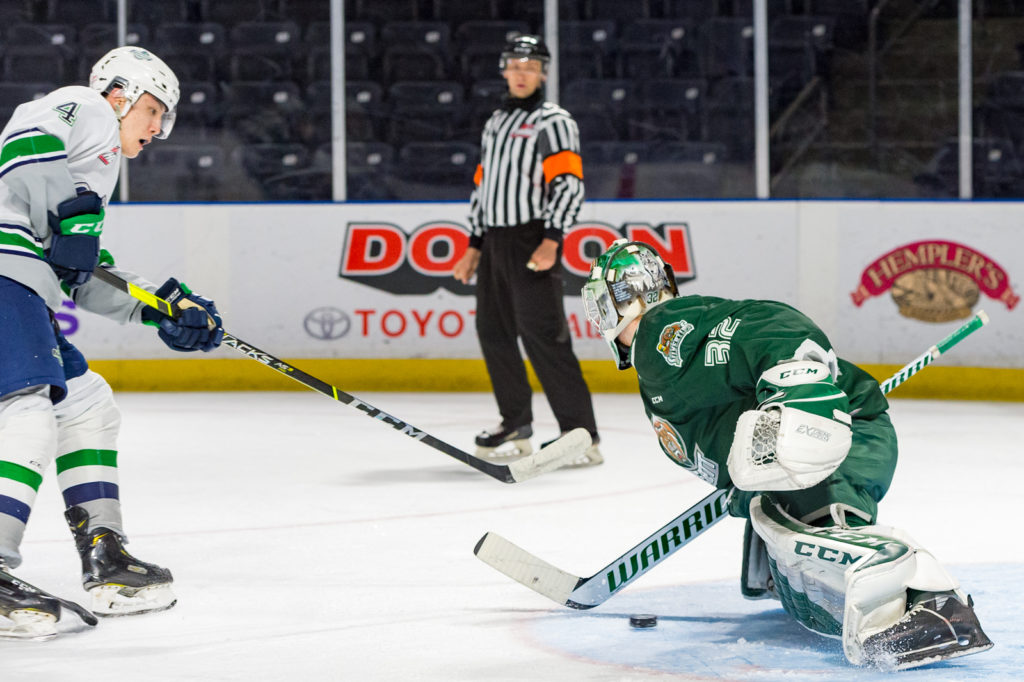 Hanzel collected the puck inside the blue line in the defensive zone and made a spin move to get away from a Silvertips forward. Hanzel then passed the puck up to Lucas Ciona in the neutral zone and skated hard up ice. Hanzel took a pass back from Ciona, muscled past a Tip defender and came in alone against Everett goalie Dustin Wolf. Hanzel stickhandled towards Wolf and beat the goalie through the legs with a slick move at 10:18.

Great play by Jeremy Hanzel to collect the puck, get it to Lucas Ciona, take, pass back and muscle past Tip to get in alone on Wolf. Slick move puts us up 2-1. #LetsGoBirds pic.twitter.com/DBzob3yNej 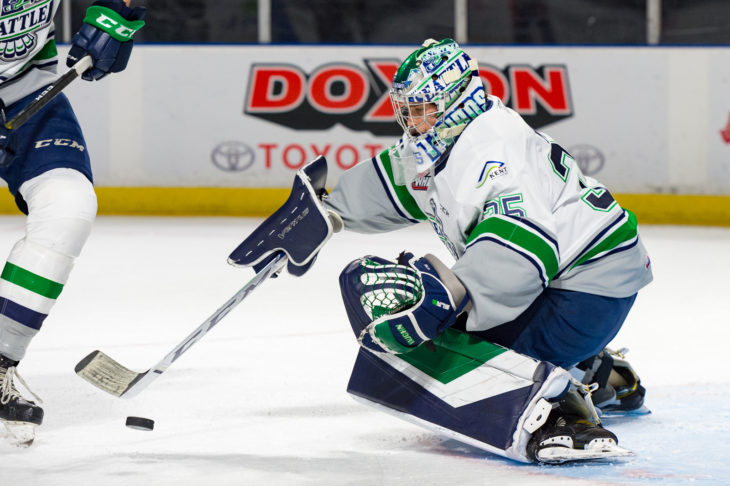 Seattle started the third period down one but tied it up 1-1 at 3:27 of the period on a power-play goal by Conner Roulette. Both Jared Davidson and Henrik Rybinski got a shot on net before Roulette banged in a rebound from the left of Wolf for his fourth goal of the season.

Conner Roulette tied the game 1-1 early in the third period on the power play. #LetsGoBirds pic.twitter.com/4gq6jwKIFr

Everett went in front 1-0 with 1:50 left in the second period on a goal by Ethan Regnier.

Wolf was pulled for an extra attacker with 39 seconds left in the game. Milic gloved a desperation Everett shot from the left corner as the horn sounded and he was mobbed by his teammates.