Gracyn Sawchyn Signs with the Thunderbirds 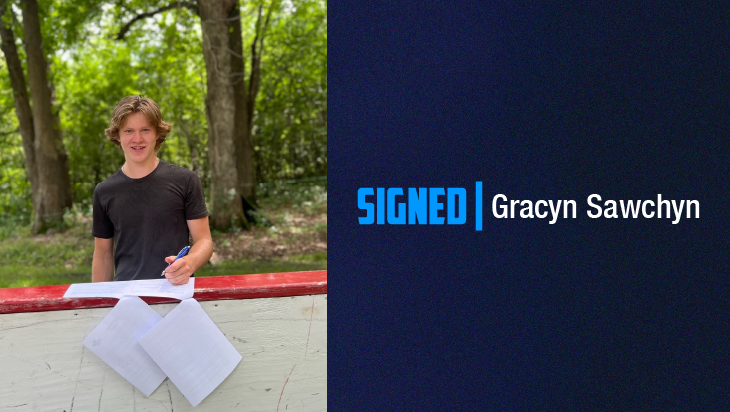 KENT, July 6, 2022 — The Seattle Thunderbirds have announced forward Gracyn Sawchyn has signed a WHL Standard Player Agreement with the team.

Sawchyn, a forward from Minnesota, was acquired from the Red Deer Rebels in 2021 for a conditional second round pick in a future WHL Prospects Draft.

“As an organization we are really excited that Gracyn and the Sawchyn family have chosen the Western Hockey League and specifically the Thunderbirds,” said General Manager Bil La Forge. “We expect that he will be a big part of what we feel is an excellent team going forward.”

Sawchyn played for the United States National Team Development Program during the 2021-22 season and had 18 goals and 37 assists for a total of 55 points in 87 games.

“We are excited to add a player of Gracyn’s caliber to the team and are pleased to welcome him to the Thunderbirds family,” said Head Coach Matt O’Dette. “We look forward to working with him in this next stage of his development.”

By signing a WHL Standard Player Agreement, Sawchyn is guaranteed a WHL Scholarship for every year he plays in the WHL. A player is able to attend any career enhancing institution of his choice, including universities, colleges, technical institutes, trade schools, or any other institution which will help the player achieve his academic and career goals.