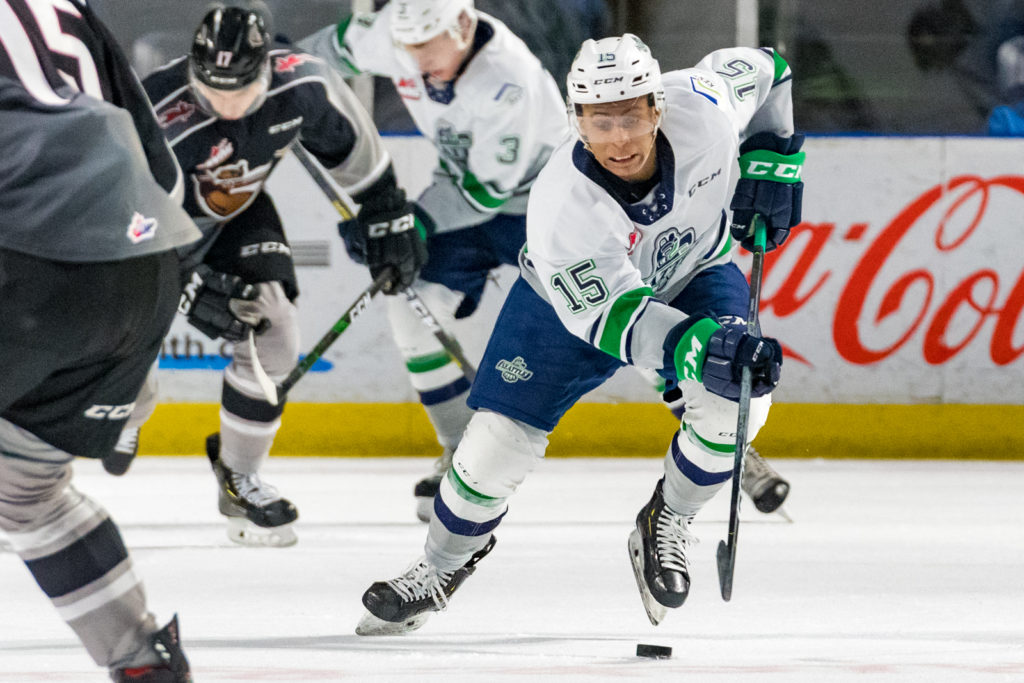 Sanders and Rempe score in 6-2 loss to Vancouver

Hockey Challenge 2020 took place all day Saturday at accesso ShoWare Center and featured seven games, highlighted by Team Olczyk vs. Team Patterson in the Celebrity and T-Birds Alumni All-Star Game right after the game against the Giants. Team Olyczk beat Team Patterson 11-10. The 22nd annual Hockey Challenge supports the operations of the Seattle Ronald McDonald House and to the total dollar amount raised will be announce this coming week.

Vancouver took a 1-0 lead on a power-play goal by Milos Roman.

Seattle tied the game 1-1 at 9:31 of the first on Mekai Sanders second goal of the season. Cade McNelly shot the puck from the low left wall and Mekai Sanders tipped the puck over Vancouver goalie David Tendeck. Brendan Wiliamson had the second assist.

Matthew Rempe cut the Giants lead to 4-2 at 11:56 on the power play. Rempe was at the left post and banged away at the puck to get a greasy goal. It was Rempe’s tenth of the season and third consecutive game with a goal.