Giants Slip Past T-Birds In Game 3 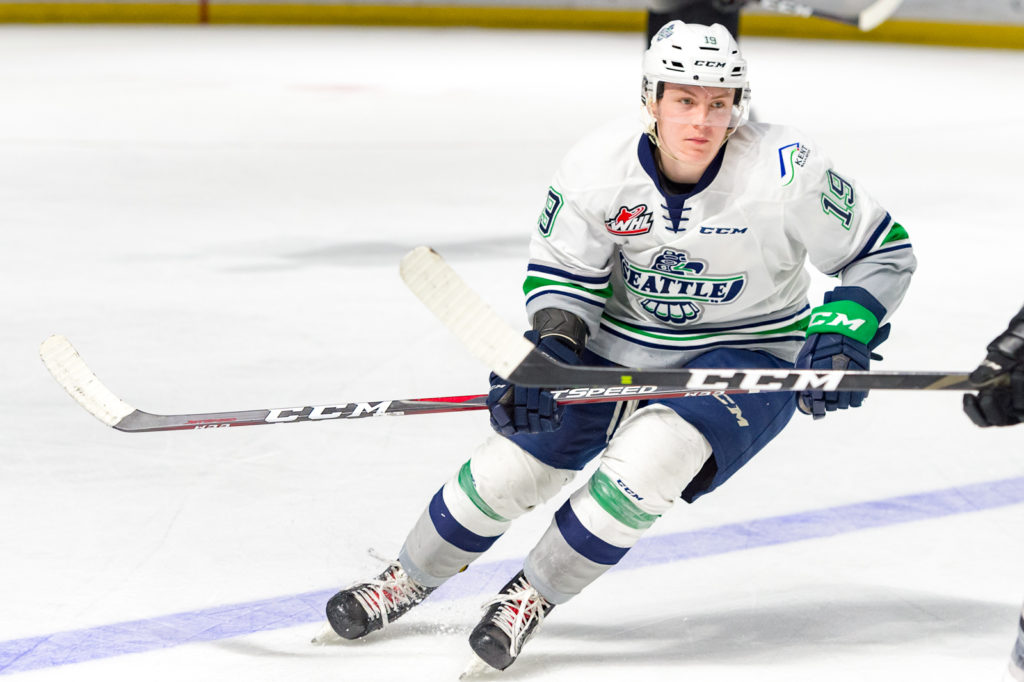 Mount has two goals in 6-4 loss to Vancouver

KENT, March 26, 2019 — The Vancouver Giants defeated the Seattle Thunderbirds 6-4 Tuesday night at accesso ShoWare Center in Game 4 of a first round playoff series.

Vancouver leads the best-of-seven series 2-1 with Game 4 on Wednesday at 7:05pm at accesso ShoWare Center.

Single game tickets are on sale on the T-Birds website and at the accesso ShoWare Center box office. The box office is open Monday through Friday 10am to 5pm. 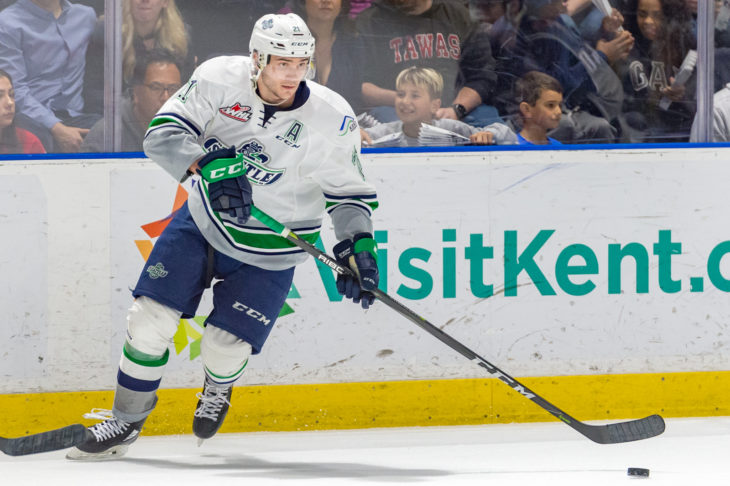 Matthew Wedman put the T-Birds in front 1-0 at 4:06 of the first period. Nolan Volcan took a shot from the neutral zone that rebounded off Vancouver goalie David Tendeck to the bottom of the left circle. Wedman fought through a Giants’ defenseman to get the puck and he beat Tendeck from the goal line with a wrist shot.

Vancouver tied the game 1-1 at 19:27 of the first on a power-play goal by Tristen Nielsen.

The Giants were whistled for consecutive too many men penalties and Seattle took a 3-2 lead on back-to-back power play goals.

Keltie Jeri-Leon found Wedman all alone in front of Tendeck. The Vancouver goalie made a right pad save on Wedman and the puck came to Payton Mount at the bottom of the left circle. Mount fired the puck past Tendeck at 8:40 of the second for his first goal of the pl playoffs.

Mount struck for a second time on the power play at 11:09 of the second. Nolan Volcan passed the puck to Simon Kubicek at the right point. Kubicek carried the puck to center ice a put a wrist shot on net. Mount tipped Kubicek’s shot past Tendeck.

Jadon Joseph tied the game 3-3 for the Giants at 18:48 of the second on the power play.

Vancouver took a 5-3 lead on goals by Alex Kannon Leipert 24 seconds into the third period and by Dallas Hines at 7:02 of the third. 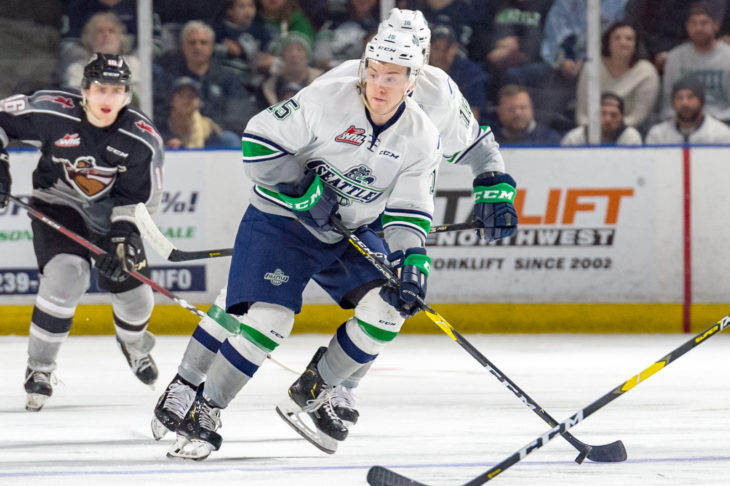 Seattle cut the lead to one goal at 16:38 of the third. Sean Richards beat Tendeck with a slap shot from the left circle off assists from Kubicek and Tyszka.

The T-Birds pulled Ross with 1:24 left for an extra attacker. Seattle pressured the Giants in the offensive zone but Brayden Watts was able to hit the empty net with 22 seconds left in the game.