Giants Just Get Past T-Birds 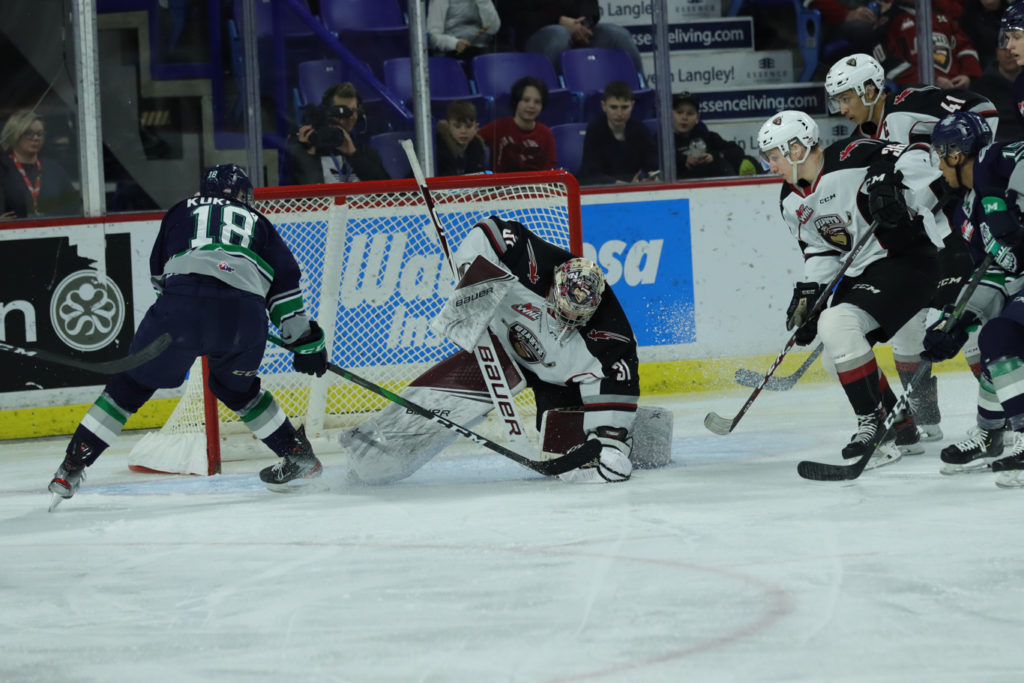 Roulette and Kubicek score in 3-2 loss to Vancouver

Seattle is in the second Wild Card playoff spot in the Western Conference with a 21-26-3-3 record. They are four points behind the Kelowna Rockets (24-26-2-2) for the first Wild Card playoff spot. The T-Birds and Rockets will meet on March 6 in Kelowna in their fourth and final game of the season.

Simon Kubicek scored with 47 seconds left and Lyda on the bench to cut the Giants lead to one goal. Kubicek took a pass from Conner Roulette and beat Vancouver goalie David Tendeck from the left point.

Seattle pulled Lyda a second time off the faceoff after Kubicek’s goal. They pressured but were not able to get the tying goal.

Early in the second period Blake Lyda stopped Tristen Nielsen on a breakaway with a right pad save. Just after this save the T-Birds cut the Giants lead to one goal.

Conner Roulette took a pass at the left point from Payton Mount. Roulette skated down the slot with the puck on his backhand. At the top of the crease Roulette brought the puck to his forehand and snapped it past Tendeck’s blocker. The goal was Roulette’s 17th of the season and gives him a five-game point streak.

Eric Florchuk scored at 9:33 of the second to put the Giants back in front by two goals.