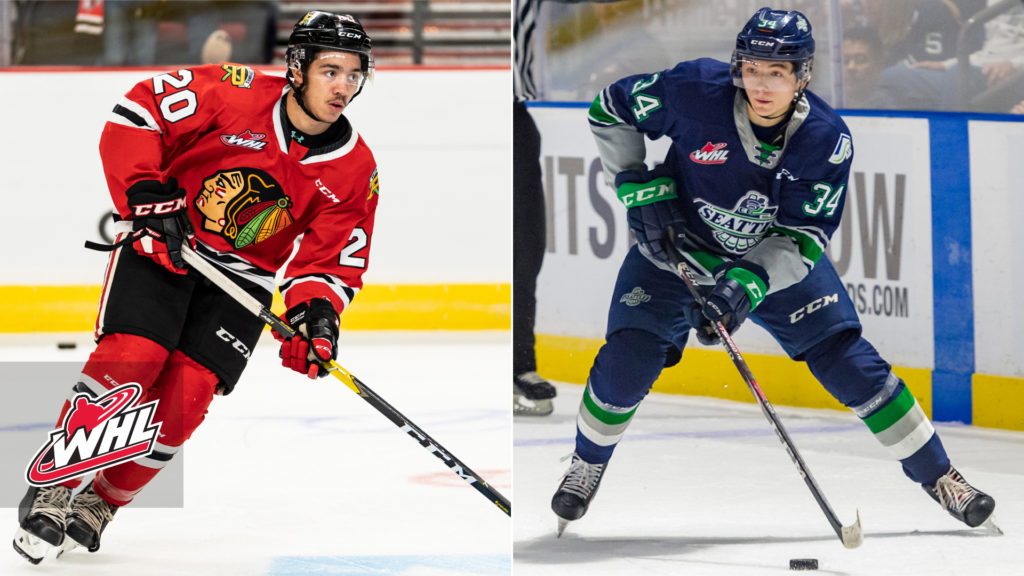 There’s no question eSports and professional gaming is one of the fastest growing industries on the planet, and two Western Hockey League stars have spent their extended off-season supporting an Indigenous Gaming league all while developing their own eSkills in hopes of pursuing successful eSports careers.

Kishaun Gervais of the Portland Winterhawks and Conner Roulette of the Seattle Thunderbirds are members of the Indigenous Gaming Hockey League (IGHL) – an NHL21 EA Sports Hockey League (EASHL), which provides an opportunity for Aboriginal youth to participate in high-level gaming and get an introduction to the world of video game streaming and content creation in an effort to develop their NHL21 skills and gain exposure to professional eSports scouts.

Gervais, who hails from the Keeseekoose First Nation in Treaty 4 territory, has long been an avid gamer – his first EA Sports game was NHL 05. But he started to take things more seriously during his time without hockey due to COVID-19. Back in December, the 19-year-old forward represented the Winterhawks in the Canadian Hockey League’s Memorial eCup presented by Kia. December 2020 also represented his professional EASHL debut.

Roulette, who hails from the Misipawistik Cree Nation in Treaty 5 territory, has been gaming as long as he can remember, but like Gervais, started to explore the competitive world of eSports while COVID-19 led to the shutdown of on-ice hockey across Western Canada and the Pacific Northwest.

Speaking as an Indigenous youth, Gervais said it can be difficult for First Nations gamers to get the exposure required to launch into a professional gaming career, which is what ultimately led to the creation of the IGHL. Proud of his heritage, Gervais is not only pursuing his professional gaming career through the IGHL, he is using his extensive social media platforms and connections across the WHL to help grow the IGHL, in hopes of reaching more Indigenous youth aspiring to pursue professional eSports opportunities.

Ultimately, the IGHL serves as an NHL21 development league, very similar to how the WHL works to develop players for professional hockey opportunities.

For Gervais, his time in the IGHL got him noticed by the Seattle Kraken of the West Coast Online Hockey League, which showcases some of the best EASHL players in western North America.

To help give back to the IGHL, Gervais and Roulette have set up a Twitch livestream event, scheduled for tonight – Thursday, January 7 beginning at 3 p.m. PT / 5 p.m. CT. The two WHL stars are set to compete in six-on-six club games with IGHL players to promote the upcoming IGHL Draft, which will give NHL21 eSports prospects the chance to be selected to join an IGHL EASHL team and continue their NHL21 eSports development.

EASHL is a place where competitive NHL21 players can create their own custom virtual pro player, join friends, and compete together as a team against other teams from around the world. Gameplay formats include three-on-three and six-on-six with monthly playoffs.

Roulette was selected by the Thunderbirds in the second round (34th overall) of the 2018 WHL Draft. In 55 career WHL games, he has collected 39 points (19G-20A). Roulette is eligible for the 2021 NHL Draft, receiving an ‘A’ rating from NHL Central Scouting in its preliminary ‘Players to Watch’ list.