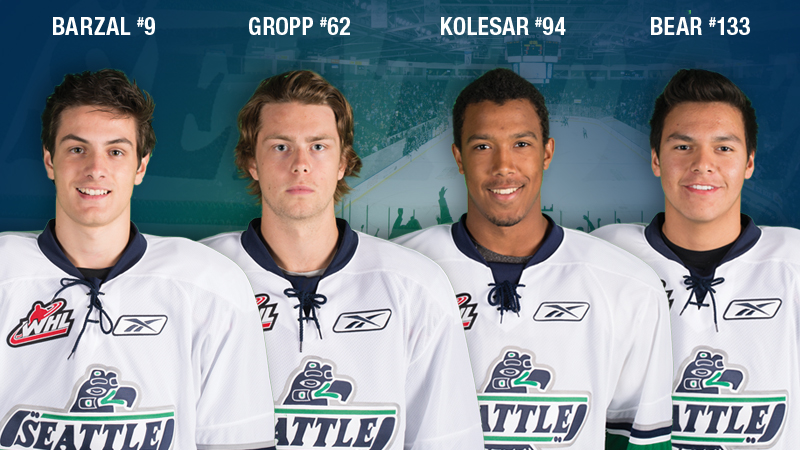 The four T-Birds listed in the rankings is second only to the Regina Pats in the WHL. Regina has five players listed.

Center Mathew Barzal is ranked ninth. Barzal has seven goals and 11 assists for 18 points in 16 games. He is currently recovering from a knee injury and will be returning to the T-Birds lineup soon.

Left wing Ryan Gropp is ranked 62nd. Gropp leads the T-Birds in scoring with 33 points on 16 goals and 17 assists in 40 games. Gropp is playing in the BMO CHL/NHL Top Prospects Game on Thursday in St. Catharines, Ontario.

Right wing Keegan Kolesar is ranked 94th. Kolesar is second on the team in scoring with 15 goals and 13 assists for 28 points in 44 games.

Defenseman Ethan Bear is ranked 133rd. Bear is third on the team in scoring with 27 points on nine goals and 18 assists in 41 games.

The T-Birds next game is Friday in Kennewick against the Tri-City Americans at 7:05pm. They host the Portland Winterhawks on Saturday at 7:05pm in the annual Fred Meyer Teddy Bear Toss game presented by WARM 106.9 FM. Teddy Bears and other stuffed animals thrown on the ice after the T-Birds first goal will be collected by the WARM 106.9 FM Teddy Bear Patrol.