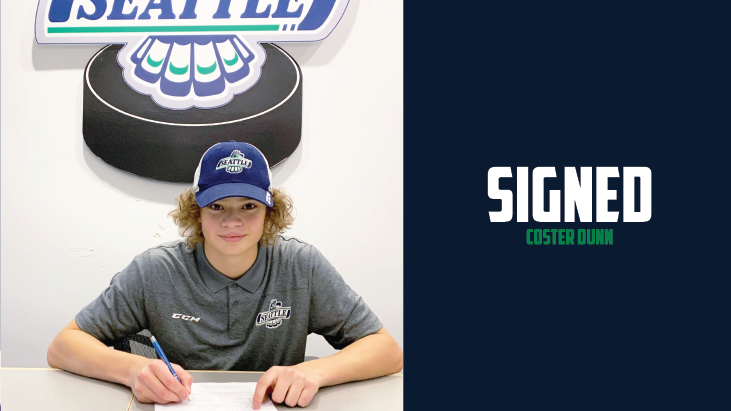 Forward was selected in seventh round of 2020 WHL Draft

KENT, September 10, 2021 — The Seattle Thunderbirds have announced center Coster Dunn has signed a WHL Standard Player Agreement with the team.

Dunn, from Stony Plain, Alberta, was selected by the T-Birds in the seventh round, 139th overall, in the 2020 WHL Draft.

“Coster is a great skater who can make plays all over the ice,” said assistant general manager, Jared Crooks. “His skills are well developed and speak volumes to the development he has received the past couple of years with the Saints Pro Academy in the HSL.”

By signing a WHL Standard Player Agreement, Dunn is guaranteed a WHL Scholarship for every year he plays in the WHL. A player is able to attend any career enhancing institution of his choice, including universities, colleges, technical institutes, trade schools, or any other institution which will help the player achieve his academic and career goals.