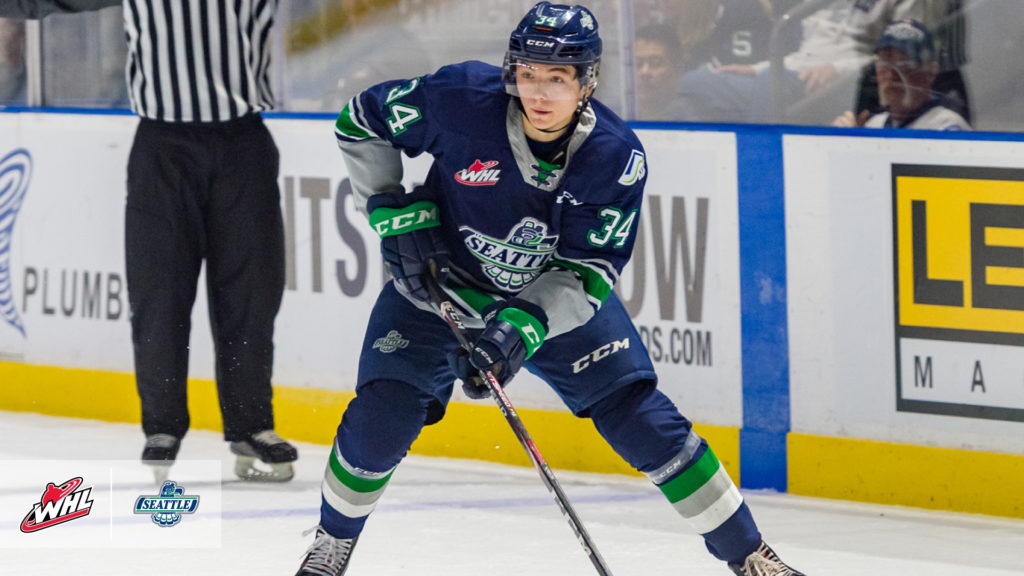 Roulette was bestowed with the award during Sport Manitoba’s Night of Champions, which were revealed online Saturday.

Recognized for making his Western Hockey League debut on January 4, 2019 against the Brandon Wheat Kings, Roulette was a key part of this year’s roster in his rookie season.

The 5-foot-11, 158-pound product of Winnipeg, Man. recorded 39 points (19G-20A) in 54 games during the 2019-20 WHL Regular Season, finishing tied for third in scoring on the Thunderbirds. Roulette’s totals included three power-play goals and one game-winning goal.

On October 5, 2019, he recorded the first hat trick of his WHL career. Overall, Roulette was eighth in scoring among WHL rookies.

As part of the award, Roulette was recognized for his contributions to the team’s provincial success as well as representation on the international stage.

A member of the Misipawistik Cree Nation, Roulette led his province to a gold medal in Whitehorse, Yukon at the 2019 National Aboriginal Hockey Championships. Part of his standout performance at the tournament saw him score a hat trick in the gold medal game to defeat Saskatchewan.

Roulette was also successful on the international stage, winning gold with Canada West at the Under 16 World Junior Ball Hockey Championships in the Czech Republic. Roulette was named the top forward at the tournament and recorded 14 points (7G-7A) throughout the event.

Our @_MASRC Female and Male Volunteers and Athletes of the Year have all made outstanding contributions in their sport community.