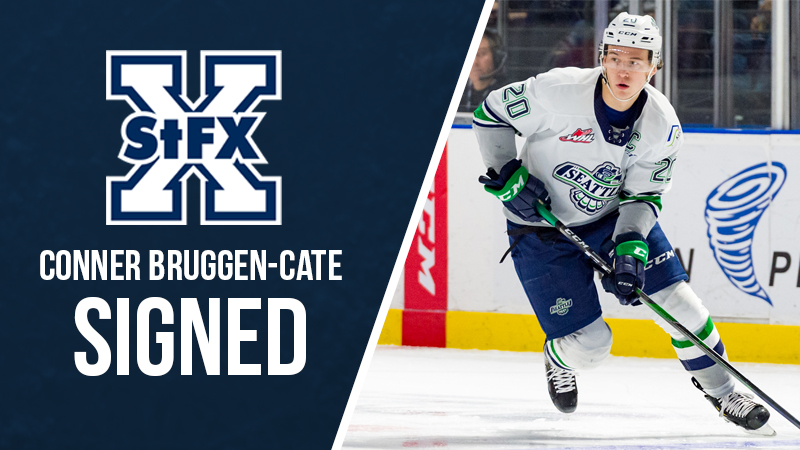 Bruggen-Cate played 62 games last season and had 14 goals and 19 assists for 33 points. He was named team captain on January 15.

Bruggen-Cate played 263 games in the WHL over five seasons with the Kelowna Rockets and T-Birds. He had 40 goals and 65 assists for 105 points in his WHL career.

“Conner provided leadership and maturity to our team this year,” said La Forge. “St. Francis is getting a player that has great Thunderbird qualities. He is another example of a player that is using the WHL Scholarship to receive an education and continue in their hockey career.”

Bruggen-Cate finished up his WHL eligibility this past season and will now take advantage of the WHL Scholarship Program. For each year that Bruggen-Cate played in the WHL, he receives a year of college tuition and books at St. Francis University.