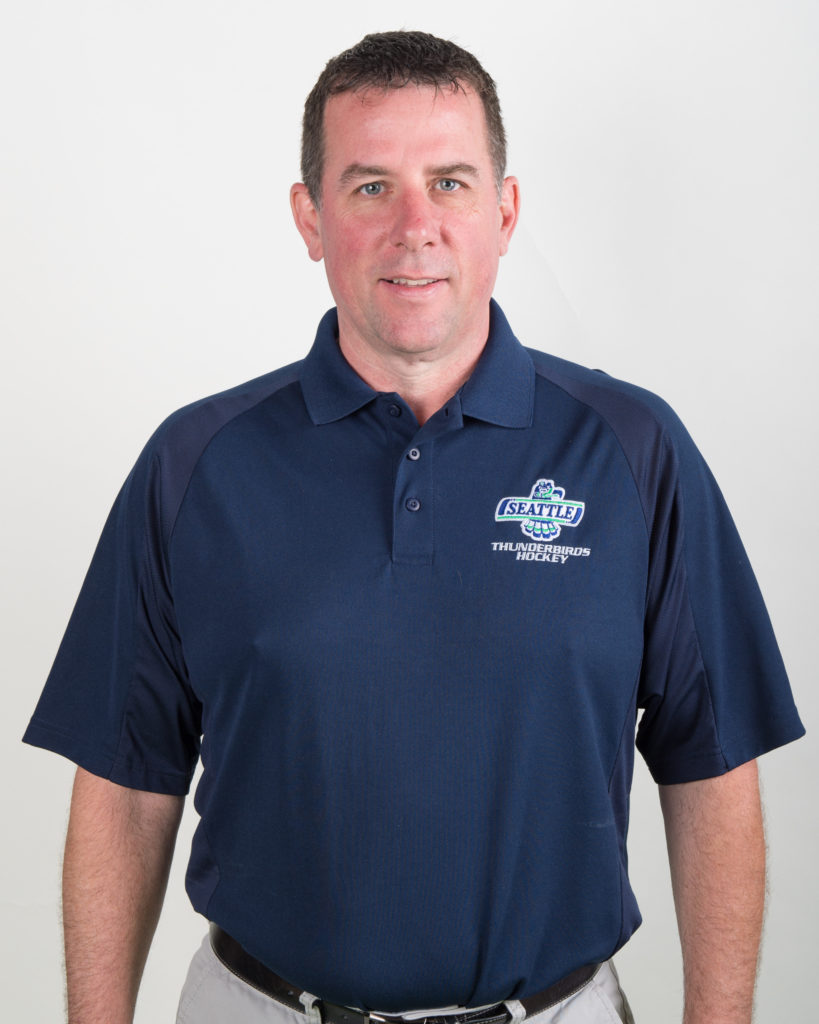 Campbell will oversee all hockey and business operations of the organization

KENT, April 26, 2021 — Seattle Thunderbirds owners Dan and Lindsey Leckelt today announced Colin Campbell has been promoted to President after serving as the team’s Vice President of Business Operations for the previous 19 seasons. Campbell will now oversee all hockey and business operations of the team.

“Colin shares our passion for continuous improvement and winning both on and off the ice,” said Lindsey Leckelt. “Colin’s combination of business acumen and hockey expertise is a rare mix in this sport and the promotion to President of the Thunderbirds demonstrates our long-term commitment to growing the game of hockey across the Seattle region.”

“We are extremely fortunate for our owners Dan and Lindsey Leckelt’s guidance and passion for the game. I am extremely honored they have put me in this position,” said Campbell.

Campbell first put on skates at the age of three and grew up playing hockey developing a passion and a love for the game. During his formative years and while in university Campbell worked at Northlands Coliseum, the former home of the Edmonton Oilers, on the operations side of the building, where he learned about all aspects of running a hockey building. During his time at Northlands Coliseum Campbell worked with his father, Neil, who later went on to become the Director of Stadium Administration for the Kingdome and Vice President of Stadium Operations for Safeco Field before retiring in 2006.

“I would not be in this position if it wasn’t for my father, whose guidance and support has been instrumental in my hockey career,” continued Campbell.

Campbell joined the Surrey Eagles of the BCHL as General Manager in 1992. He was with the Eagles for two seasons and was heavily involved in the opening of their current home, the South Surrey Arena, while with the organization. When the T-Birds hosted the Memorial Cup in 1992, Campbell came down to Seattle to help the T-Birds Memorial Cup Organizing Committee run the tournament.

In 1994, the T-Birds last season at the Mercer Arena, Campbell joined the team as Assistant General Manager and Director of Marketing. He oversaw the team’s transition from the Mercer Arena to the newly remodeled KeyArena at Seattle Center prior to the 1995-96 season.

In 2002 Campbell organized a local ownership group that purchased the T-Birds and served as the team’s Alternate Governor for 15 seasons before the Leckelts became the team owners in 2017.

Campbell was instrumental in the team’s move to the accesso ShoWare Center in Kent for the 2008-09 season. Campbell’s diligent work with the City of Kent, corporate partners, and fans over several years saw the successful construction of the T-Birds new home.

“Colin has been instrumental in the growth of the Seattle Thunderbirds across all facets of the team,” said Dan Leckelt. “His leadership in the community and dedication to our corporate partners and fans has been the catalyst for building the Thunderbirds into the premier hockey brand in the WHL.”

Campbell was very involved in making the WHL Return To Play this season possible. He collaborated with our corporate partners as we both faced the challenges of dealing with the COVID-19 pandemic. Campbell led the team’s efforts to get more games broadcast on TV to connect our fans with the team during these unprecedented times. We are very grateful for the relationships with our corporate partners and fans during this time and thank them for their support.

“I am looking forward to working with Dan and Lindsey and the entire T-Birds staff to bring another championship to our fans,” said Campbell.