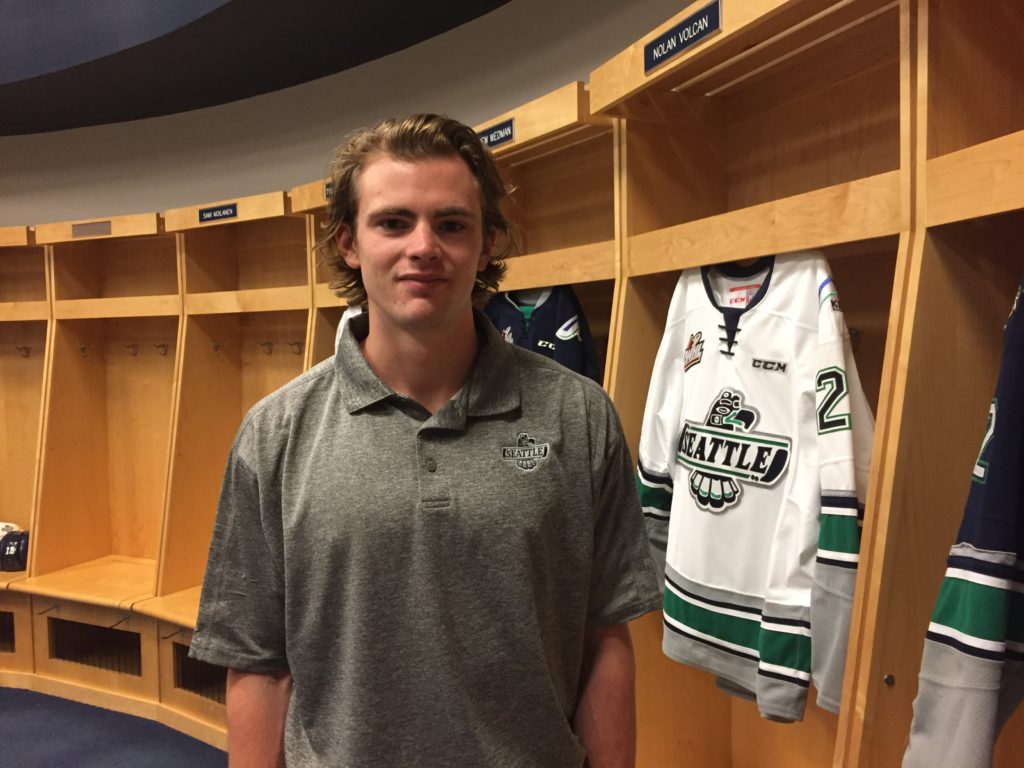 “We were looking for a young guy to really concentrate on the development of our incoming group of players and especially our forwards,” said Farwell. “Castan has done both skating and skill development with young professionals and we felt he would be the ideal addition to our staff. He is extremely keen to get his first chance as a coach and he is excited to get started.”

Last season Sommer played for the Kallinge/Ronneby Division 1 team in Sweden. In 36 games, Sommer had 11 goals and seven assists for 18 total points. Sommer was a skating coach at the San Jose Sharks Development Camp in 2016. He led on-ice skating instruction and development for Sharks prospects.

“I’m really grateful to Russ and Matt for the opportunity to join the Thunderbirds,” said Sommer. “I am excited to get on the ice with the guys and help them work towards their goals.”

Sommer played four seasons at Holy Cross in Worcester, Massachusetts, where he appeared in 148 games and had 28 goals and 35 assists for 63 points.

“We are excited to add Castan,” said head coach Matt O’Dette. “He is a young and hungry coach that will help round out our staff.”