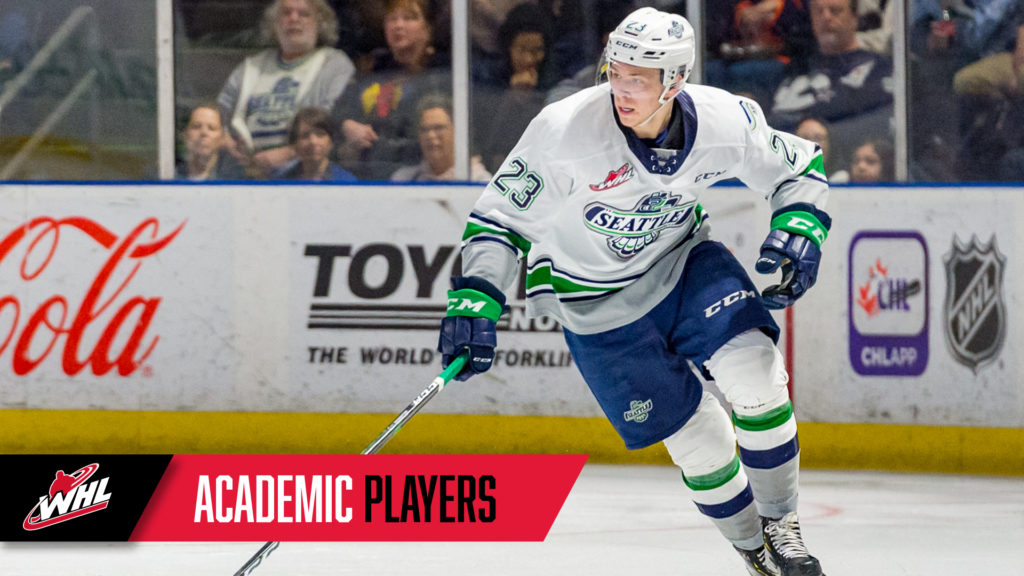 During the months of November through February, each of the WHL’s 22 member Clubs will name a student-athlete that has achieved significant academic results as selected by the Club. Each month, one WHL Division will have their players celebrated in the Academic Spotlight:

WHL players recognized as Academic Achievers are observed as those striving to reach their full potential in their educational programs while balancing WHL commitments. 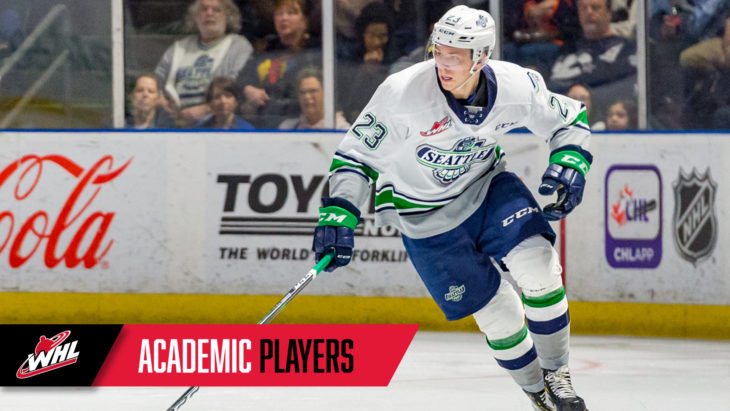 Brendan Williamson, Seattle Thunderbirds: The Thunderbird rookie is finding success in the classroom at Kentwood High School. The 17-year-old from Chilliwack, B.C. is currently taking courses in English and Chemistry to meet his academic goals.

“He was never afraid to ask clarifying questions when working on assignments and always got his work done in spite of a demanding travel schedule for the Thunderbirds,” said Jamie Eager, Academic Advisor for the Thunderbirds. “We are all impressed with his time management skills and work ethic.” 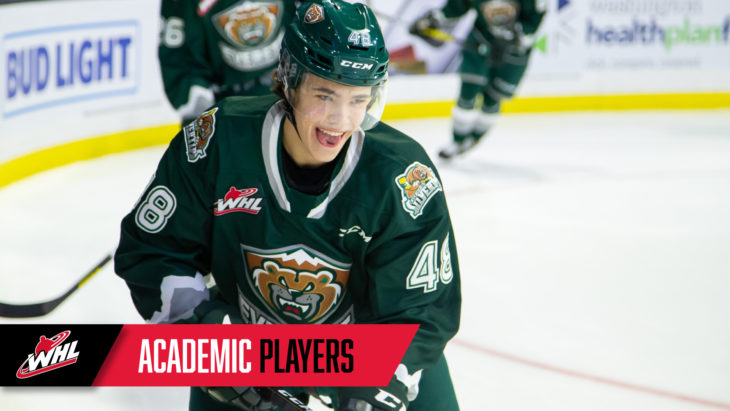 Olen Zellweger, Everett Silvertips: A 16-year-old product of Fort Saskatchewan, Alta., Zellweger is enrolled at Everett High School during his first full season with the Silvertips. Zellweger is taking courses in English, Chemistry, and Pre-Calculus to broaden his academic pursuits.

“Olen has done an excellent job combining the rigors of playing in the WHL and his academic requirements and ongoing demands,” said Darren Parsons, Academic Advisor for the Silvertips. “He is a leader both on and off the ice and clearly understands what individual and constant attention both require.”

The defenceman had a one-game audition with the Silvertips in the 2018-19 WHL Regular Season and has become an everyday part of the team’s lineup this season. In 45 games, Zellweger has recorded nine points (2G-7A) for the U.S. Division club. 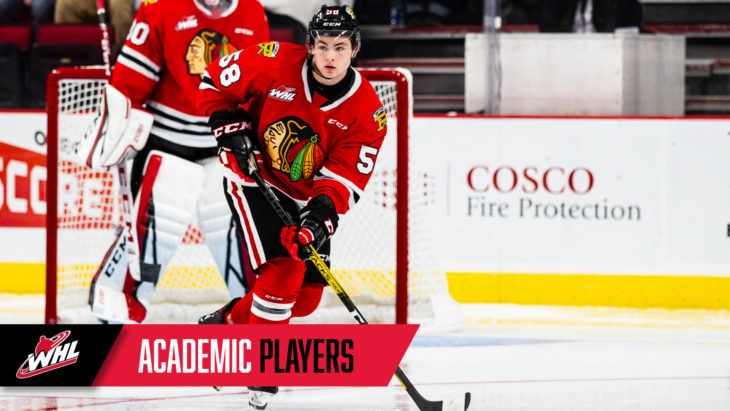 Clay Hanus, Portland Winterhawks: The 18-year-old defenceman from Excelsior, Minn. has thrived in the classroom and on the blue line for the Winterhawks. Enrolled at Sunset High School, Hanus is taking charge of his academic studies in Algebra, History, English, Art, Marketing, and Career Education.

“Clay has shown himself to be bright, engage, and motivated both on the ice and in the classroom,” said Sue Johnson, Academic Advisor for the Winterhawks. “He has been enrolled in a challenging course of study, supplemented by additional online summer courses.”

In addition to leading by example in the classroom, Hanus has played a key role in the success of the league leading Winterhawks. He’s posted 21 points (9G-12A) in 47 games this season as well as 54 points (17G-37A) in 171 games for his WHL career. 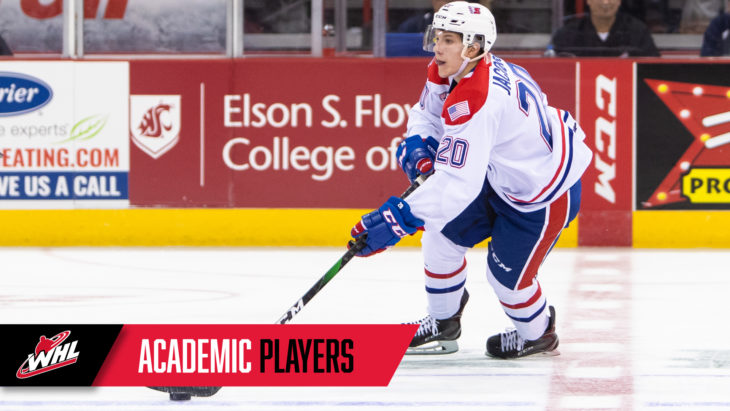 “In 30 years of my association with the Chiefs I have had many outstanding students,” said Joe Everson, Academic Advisor for the Chiefs. “Reed’s accomplishments during his rookie season are unmatched. His motivation and commitment to success are exceptional.”

After registering 55 points (26G-29A) in 44 games with the Swift Current Legionnaires during the 2018-19 season in the Saskatchewan Midget AAA Hockey League, Jacobson has recorded eight points (3G-5A) in 38 games with the Chiefs this season. 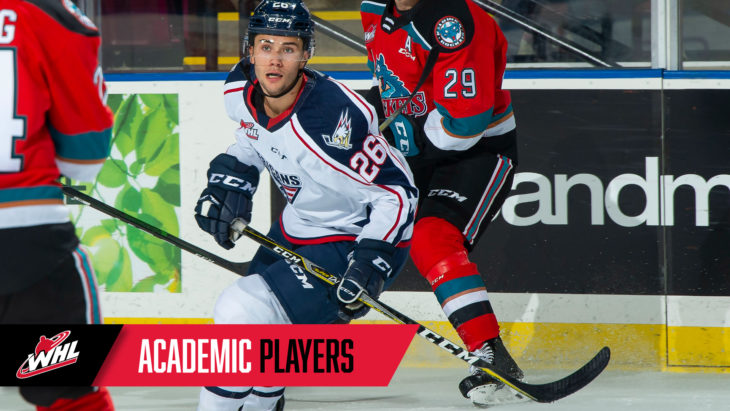 “He sets the bar high for himself in his academic course work and I am very proud of his achievements,” said Jenny Olson, Academic Advisor for the Americans. “I’m extremely impressed with Landon’s attitude and dedication toward his studies.”

In 71 games across two seasons with the Southwest Cougars of the Manitoba Midget AAA Hockey League, Roberts recorded 34 points (21G-13A). He’s appeared in 25 WHL regular season games with the Americans to date.