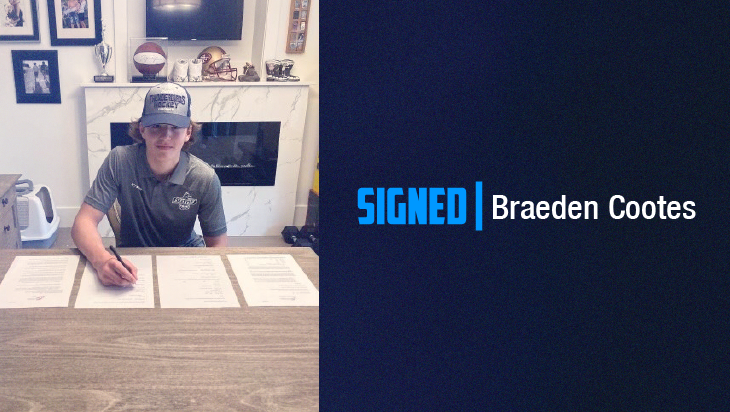 Forward was selected in first round of 2022 WHL Prospects Draft

KENT, June 9, 2022 — The Seattle Thunderbirds have announced forward Braeden Cootes has signed a WHL Standard Player Agreement with the team.

Cootes, from Sherwood Park, Alberta, was selected by the T-Birds in the first round, 10th overall, in the 2022 WHL Prospects Draft.

“Once we saw Braeden was going to be available, we jumped at the opportunity to move up in the draft,” said Director of Player Personnel, Cal Filson. “Braeden is an explosive skater with next level offensive instincts. He has all the characteristics to be a number one center in the WHL.”

By signing a WHL Standard Player Agreement, Cootes is guaranteed a WHL Scholarship for every year he plays in the WHL. A player is able to attend any career enhancing institution of his choice, including universities, colleges, technical institutes, trade schools, or any other institution which will help the player achieve his academic and career goals. 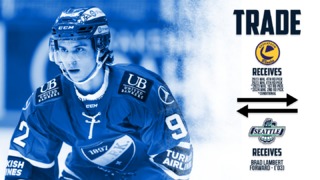