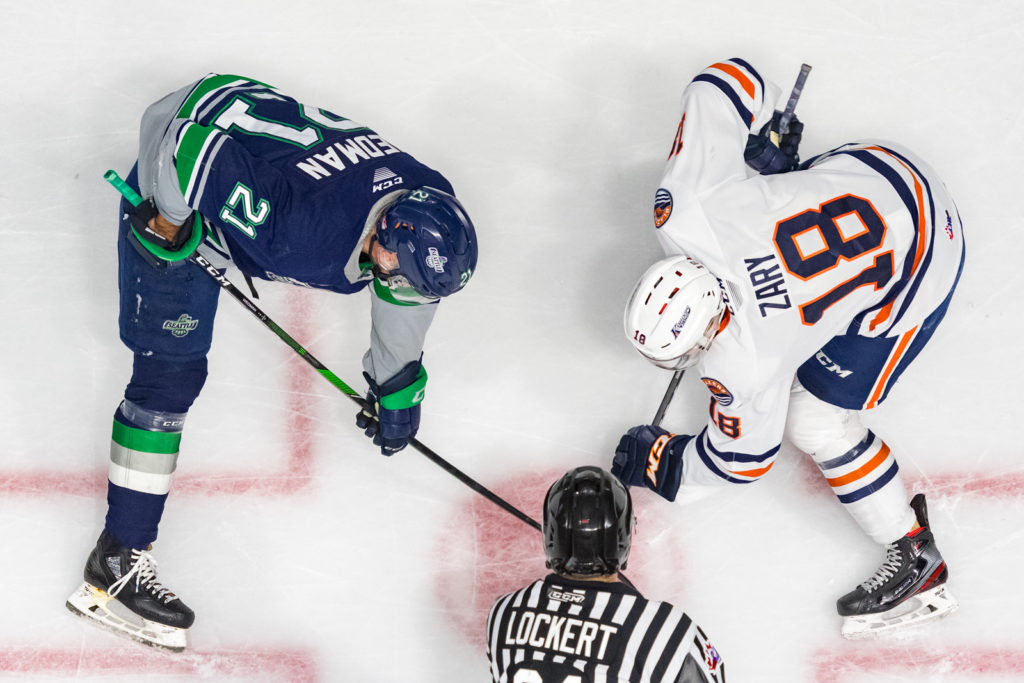 Horon, Wedman, Bruggen-Cate, and Jeri-Leon score in 7-4 loss to Kamloops

Matthew Rempe made his T-Birds debut in the game. He missed the first 15 games of the season due to a lower body injury.

Luke Zazula scored at 1:55 of the second period to give the Blazers a 4-0 lead.

Seattle got on the board at 6:57 of the second with a four-on-four goal. Michael Horon came out of the penalty box and took a pass from Conner Bruggen-Cate for a breakaway. Horon came down on Kamloops goalie Dylan Garand and tried to beat him five-hole. Garand made the save but Horon got the rebound to the right of the goalie and slammed it into the net for his first goal in the WHL.

The T-Birds headed into the second intermission down two goals courtesy of a Matthew Wedman goal with 43 seconds left in the second. Wedman got the puck from Horon along the right wall and skated around the top of the offensive zone to the low left circle. Wedman beat Garand with a quick snap shot high on the short side for his sixth goal of the season. Horon and Owen Williams had the assists.

Orrin Centazzo scored on the power play at 2:52 of the third period to give Kamloops a 5-2 lead.

Seattle answered right back on a goal from Conner Bruggen-Cate at 4:54 of the third. Bruggen-Cate took a pass in the left circle from Wedman and beat Garand with a quick wrist shot for his third goal of the season. Bauer had the second assist.

The T-Birds did not quit though as Keltie Jeri-Leon scored an unassisted goal from the left circle to make it a 7-4 game.