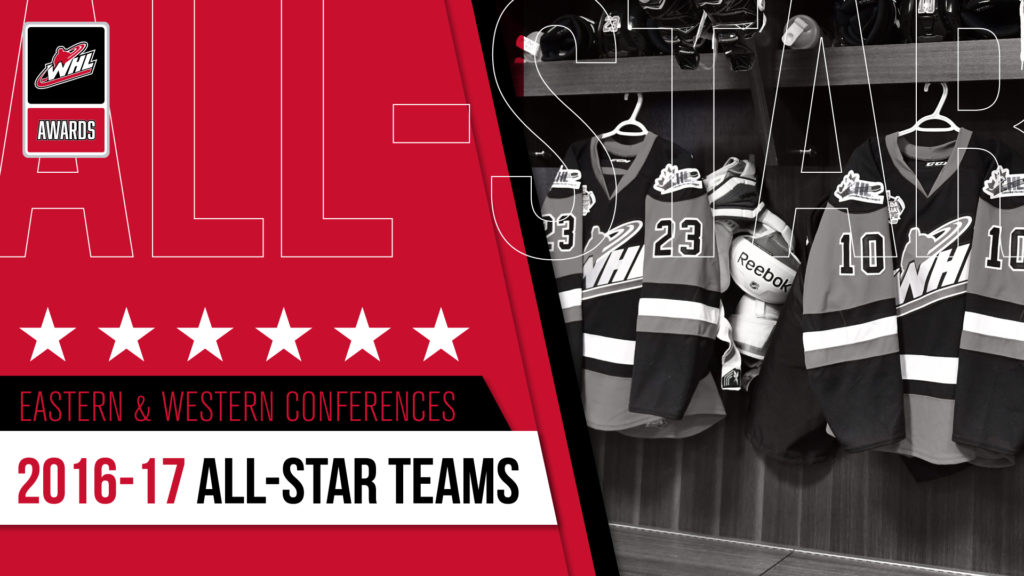 The 2016-17 WHL Western and Eastern Conference All-Star teams are as follows:

Games 3 and 4 of the series are on Wednesday, March 29, and Friday, March 31, at the Toyota Center in Kennewick. Both games start at 7:05pm.

Single game playoff tickets are currently on sale on the T-Birds website and at the ShoWare Center box office. The ShoWare Center Box Office is open Monday through Friday 10 am to 5 pm and Saturday and Sunday game days at noon.