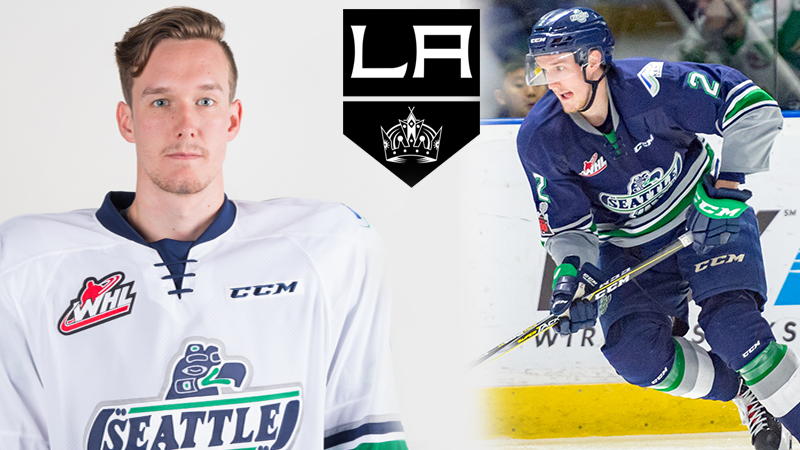 “We are very excited for Austin with his signing a NHL contract with the Los Angeles Kings,” said Farwell.  “He has worked hard on his game and came in this year with a determined attitude to continue to improve and had a great start to the season.  It is always great to see guys get rewarded and there is a lot of upside yet in his game, but a big man that can really skate is what made him attractive as a prospect. He has played very well for us since coming in last year and both he and Aaron Hyman were huge pieces for us winning the WHL Championship last season. We look forward to watching him develop the rest of the year.” 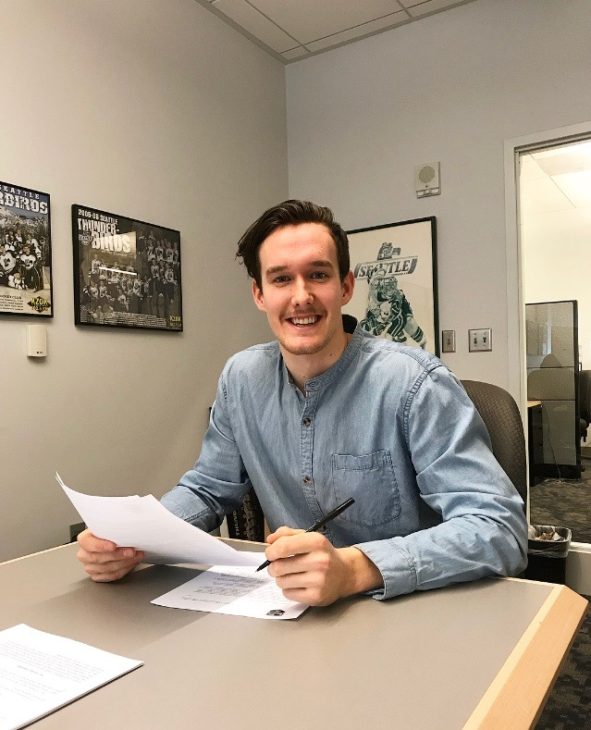 Strand leads the T-Birds in scoring with 10 goals and 16 assists for 26 points in 24 games. Strand is tied for fifth in the WHL in scoring by defenseman. Nine of Strand’s 10 goals have come on the power play.

Strand had four goals and 10 assists for 14 points in 20 playoff games last season as the T-Birds won the WHL Championship. He scored the T-Birds second goal in a 4-2 loss to the Erie Otters in the team’s first game at the 2017 Memorial Cup.

Strand was acquired from the Red Deer Rebels on December 30, 2016, for defenseman Brandon Schuldhaus.

The T-Birds next game is Tuesday against the Vancouver Giants at the Langley Events Centre at 7pm. They stay on the road for two more games, Wednesday at Kamloops at 7pm and Friday at Tri-City at 7:05pm. The T-Birds next home game is Saturday, December 2, against the Kamloops Blazers at 6:05pm at accesso ShoWare Center.