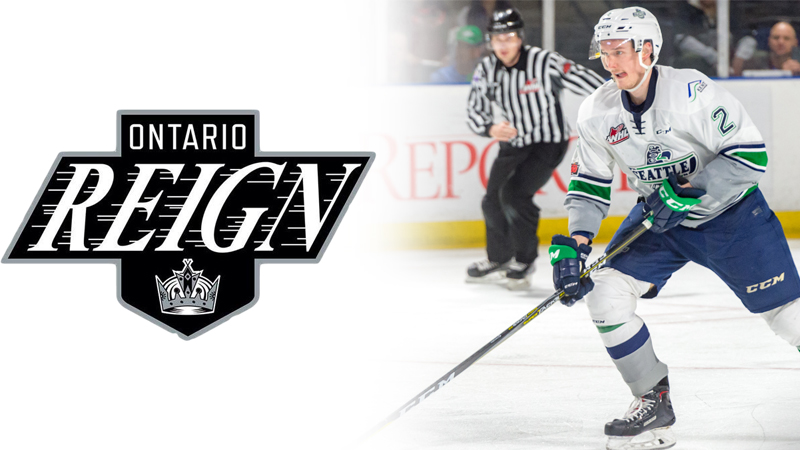 Defenseman had 25 goals and 39 assists this season

Strand signed a three-year entry level contract with the Kings on November 27, 2017. The Reign is the AHL affiliate of the Kings.

“Austin was a big part of our WHL Championship and had a breakout year this past season,” said Farwell. “We are happy for him as he moves on to a pro career and we wish him the best.”

The Reign play the San Diego Gulls at home tonight. It is possible Strand could make his professional debut in this game.

He had four goals and 10 assists for 14 points in 20 playoff games as the T-Birds won the 2017 WHL Championship. He scored the T-Birds second goal in a 4-2 loss to the Erie Otters in the team’s first game at the 2017 Memorial Cup.

Strand was acquired from the Red Deer Rebels on December 30, 2016, for defenseman Brandon Schuldhaus.