Antonio Martorana signs with the Thunderbirds 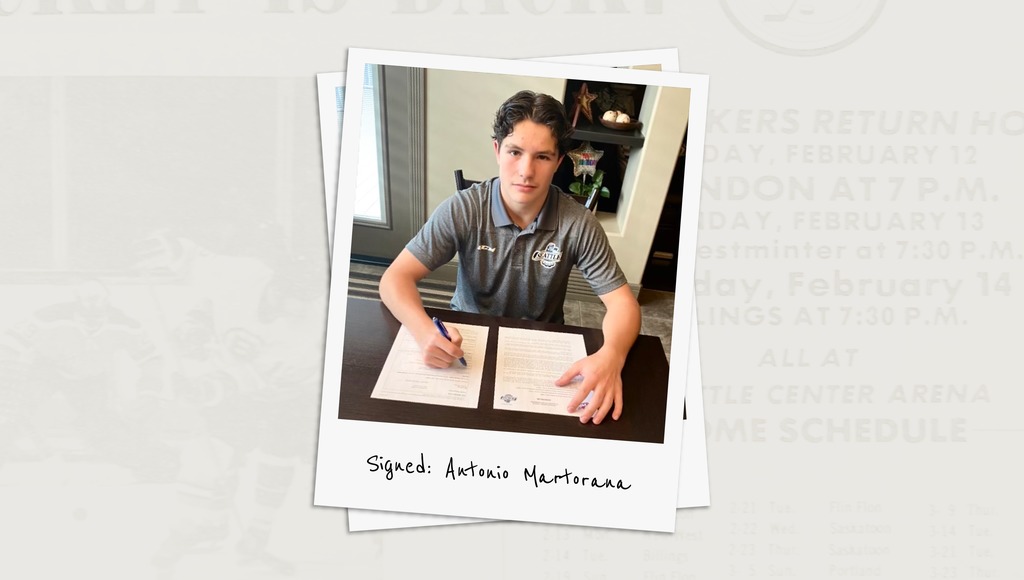 KENT, September 9, 2022 — The Seattle Thunderbirds have announced forward Antonio Martorana has signed a WHL Standard Player Agreement with the team.

Martorana, from Edmonton, Alberta, was selected by the T-Birds 82nd overall, in the 2022 WHL Prospects Draft.

“Antonio is an excellent young player that fits our model of speed, skill and competitiveness,” said General Manager, Bil La Forge. “We are happy that he and his family have chosen our route for his hockey career. This season Antonio is going to a great development program with the Junior Prospects Hockey League.”

By signing a WHL Standard Player Agreement, Martorana is guaranteed a WHL Scholarship for every year he plays in the WHL. A player is able to attend any career enhancing institution of his choice, including universities, colleges, technical institutes, trade schools, or any other institution which will help the player achieve his academic and career goals.