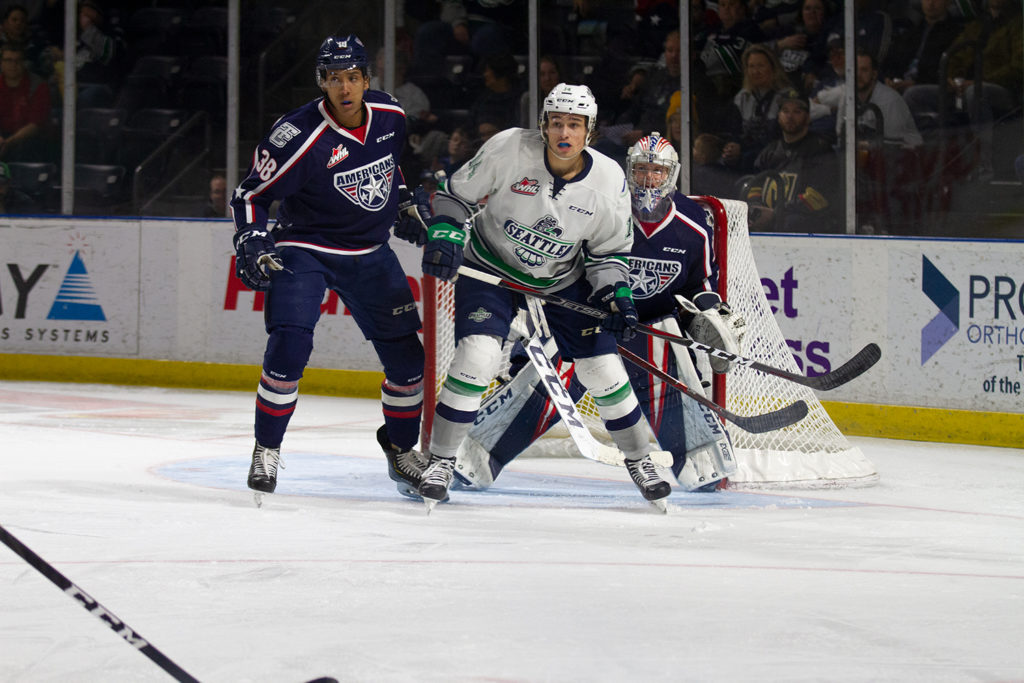 The T-Birds play the Red Deer Rebels on Friday at 7:35pm at accesso ShoWare Center.

Seattle is now 21-27-5-1 and they hold down the second wild card playoff spot in the Western Conference three points ahead of the Kamloops Blazers (20-27-4-1). The Blazers have two games in hand.

Seattle tied it 1-1 with 25 seconds left in the first period on the power play. Matthew Wedman sent the puck up right boards to Noah Philp. Philp crossed the puck to Andrej Kukuca in the left circle. Kukuca wired the puck past Tri-City goalie Beck Warm for his 19th goal the season.

Kukuca has seven goals in the last seven games. Wedman has eight goals and five assists in the last nine games.

The T-Birds took a 3-1 lead with two goals in 1:10 early in the second period. Matthew Wedman battled for the puck on the right boards. Wedman came off the wall and skated into the right circle and beat Warm with a hard wrist shot over the left shoulder for his 28th goal of the season. Henrik Rybinski and Tyrel Bauer had the assists on the goal that came at 4:29.

Keltie Jeri-Leon battled through two checks in the left circle and skated into the slot. Jeri-Leon beat Warm with a wrist shot through the legs at 5:29 for his eighth goal of he season. Sean Richards had the only assist on the goal.

The Americans went in front 4-3 at 11:42 of the second on a goal from Sasha Mutala. Hrabik and Riley Sawchuk had the assists.

Seattle pulled goalie Roddy Ross with just over a minute left but were not able to get the tying goal.

Ross finished with 28 saves on 32 shots.