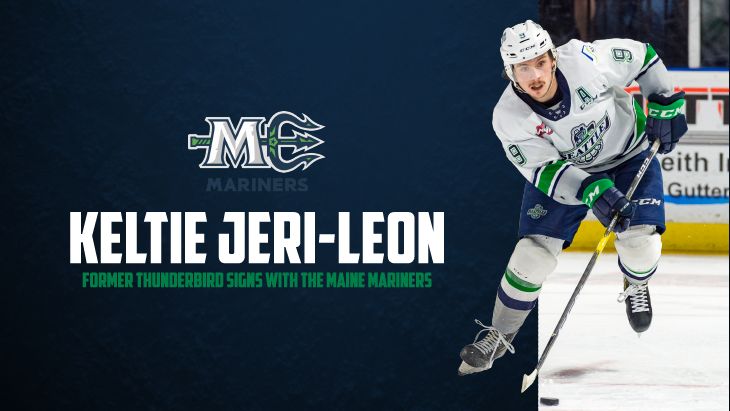 KENT, September 14, 2021 — The Seattle Thunderbirds have announced former alternate captain Keltie Jeri-Leon has signed with the Maine Mariners of the ECHL for the 2021-22 season.

The Mariners are the ECHL affiliate of the Boston Bruins.

“As an organization we are very proud of Keltie and the opportunity he has earned for himself,” said general manager Bil La Forge. “The Mariners are getting a good player and an even better person. He has worked hard for this and we will all be watching his progress and cheering him on from the PNW.”

“We are happy to see Keltie get the opportunity to start his pro career,” said head coach Matt O’Dette. “He has worked extremely hard to put himself in this position and I have no doubt he will make an immediate impact with the Mariners, both on the ice and in the locker room. We wish Keltie all the best as he looks to climb the ranks of professional hockey.”