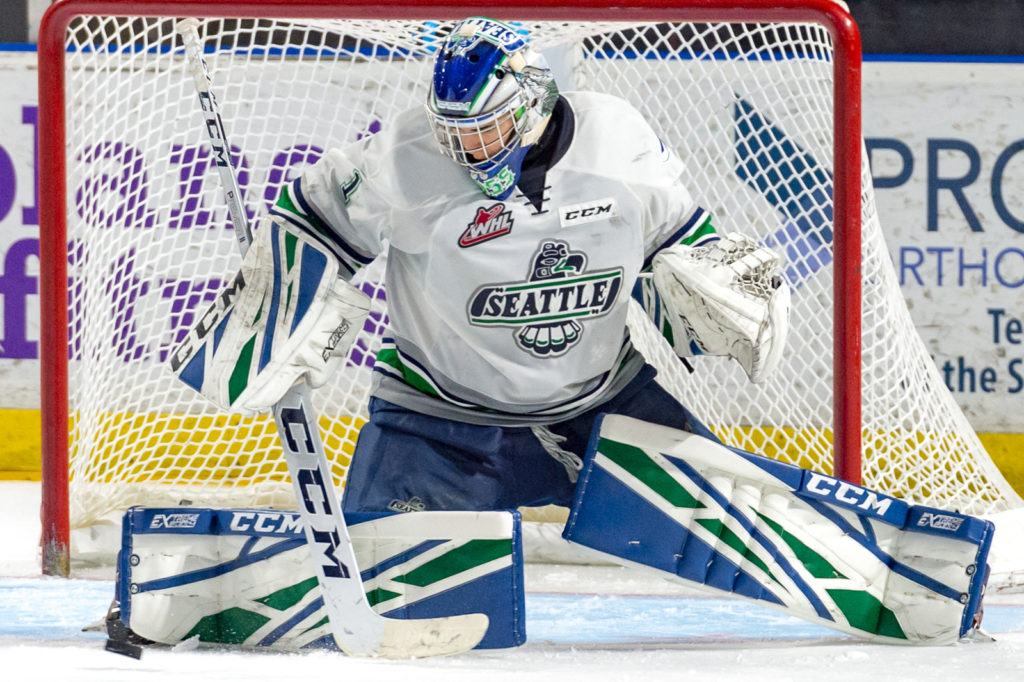 Volcan scores both goals in 2-1 victory over Everett

KENT, March 9, 2019 — Seattle Thunderbirds goalie Roddy Ross put on a goaltending clinic Saturday night in front of 5,776 fans at accesso ShoWare Center to lead the T-Birds to a 2-1 victory over the Everett Silvertips.

The T-Birds were called for checking from behind with 1:51 left in the game. Everett pulled goalie Dustin Wolf for the extra attacker and a six-on-four man advantage. Seattle blocked several shots and battled to the end to win the game.

Seattle’s magic number to clinch the second wild card playoff spot in the Western Conference is one win. The T-Birds next game is against the Vancouver Giants Tuesday at 7:05pm at accesso ShoWare Center. If the T-Birds win they clinch a playoff spot. 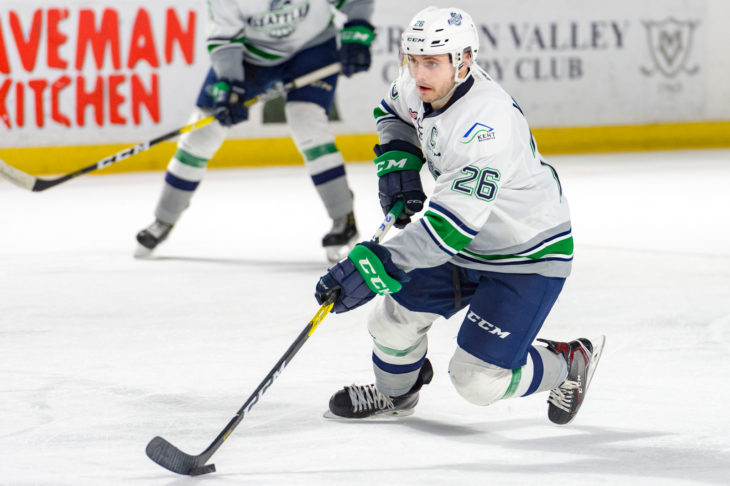 Nolan Volcan grabbed the T-Birds a 1-0 lead at 9:34 of the second period with a power-play goal. Simon Kubicek took a slap shot from center ice with Volcan in the slot. Volcan tipped the shot down and it went through Everett goalie Dustin Wolf. Sean Richards had the second assist.

Everett tied the game 1-1 at 14:37 of the second on a goal from Robbie Holmes. Connor Dewar and Zack Andrusiak has the assists.

Volcan scored the winning goal with 2:21 left in the game. Matthew Wedman took a shot from the right circle that hit the end boards and came to Volcan at the low left circle. Volcan threw the puck on net as Wolf lunged to get over but could not make the save. Simon Kubicek had the second assist.