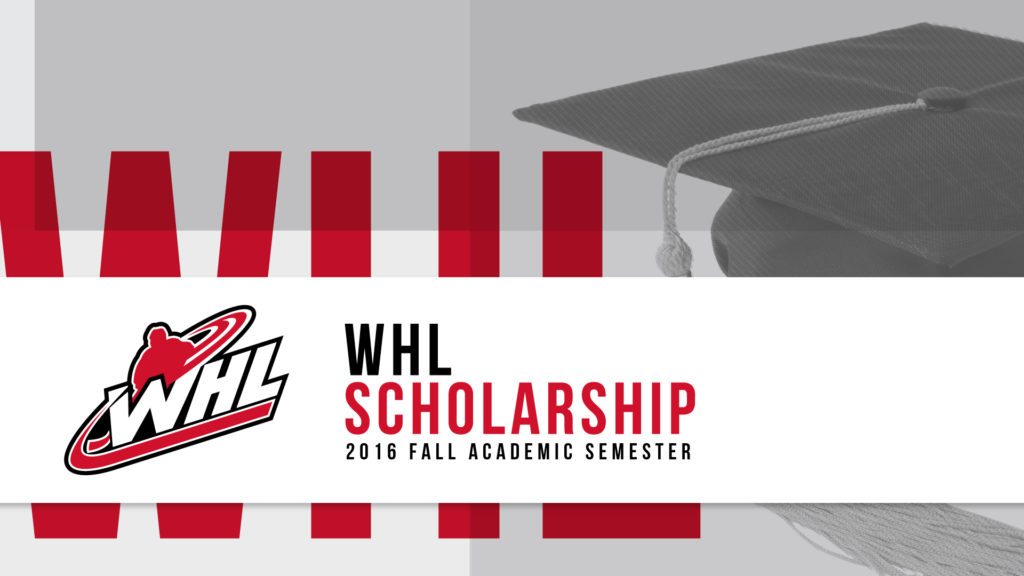 Calgary, AB – Western Hockey League (WHL) Commissioner Ron Robison announced today that to date a total of 355 WHL graduate players have been awarded WHL Scholarships for the fall semester of the 2016-17 academic year. The 355 WHL Scholarships awarded represent the highest total for the fall academic season in WHL history, improving upon a mark set last year.

This year, 202 of the 355 WHL Scholarship recipients are furthering their education while playing Canadian University hockey at the U Sports level. In Western Canada, 142 of these student-athletes are playing in the Canada West Conference (CWUAA), and have in many cases combined their WHL Scholarship with additional financial assistance from their institution to receive the Western Canada Premier Hockey Scholarship.

Administered by the WHL Office, WHL Scholarships are solely funded by the member Clubs of the WHL. This season, WHL Clubs will contribute in excess of $2.0 million to graduates utilizing the WHL Scholarship.

“The WHL and our member Clubs are very proud to continue offering our players the most comprehensive hockey scholarship program of its kind in North America today,” stated WHL Commissioner Ron Robison. “WHL Clubs are fully committed to providing a world class experience for our players which includes the opportunity to pursue both their academic and hockey goals while playing at the top level of the Canadian amateur hockey system.”

Every player who plays in the WHL is eligible to receive the WHL Scholarship.  For every season a player plays in the WHL, they receive a guaranteed, full-year WHL Scholarship including tuition, textbooks and compulsory fees to a post-secondary institution of their choice. The WHL Scholarship is a fully-guaranteed academic scholarship with no requirement to play university hockey to qualify, and the student-athlete can apply the funding to any post-secondary or career-enhancing program of his choice, including trade schools and professional career training programs.

In addition, current WHL players also receive financial assistance for enrolling in post-secondary classes while playing in the WHL, many of whom are taking online courses through Athabasca University. The WHL and Athabasca University have partnered to offer, through online and other distance education platforms, fully-accredited university courses to any WHL player interested in further pursuing post-secondary studies while playing in the WHL.

Fully funded by WHL member Clubs, all players currently playing in the WHL are encouraged to enroll in post-secondary courses. The financial assistance received for post-secondary studies while playing does not impact on the WHL Scholarship benefits a WHL player is entitled to upon graduating from the League. 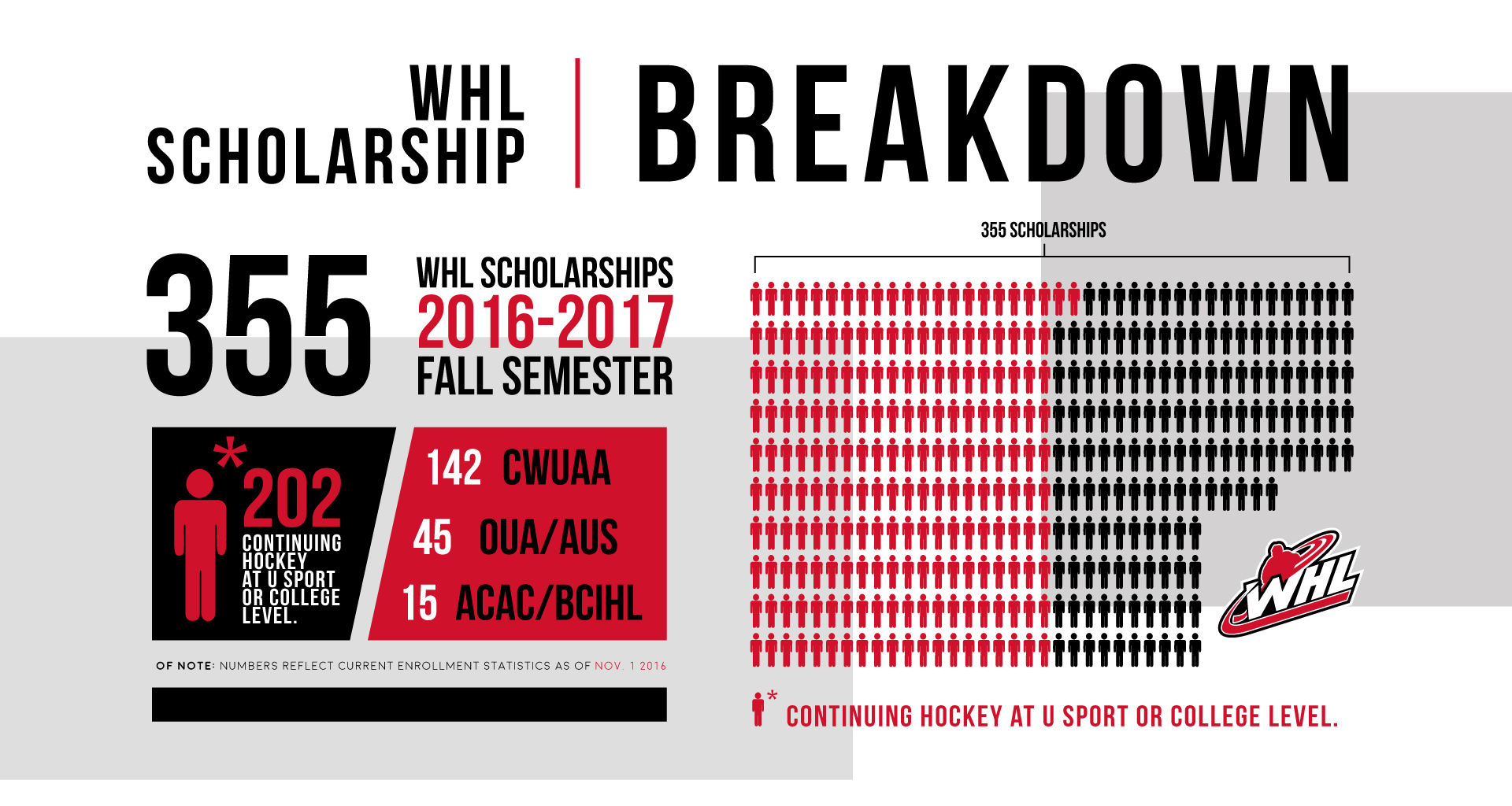 The following is a listing of the 355 WHL graduate players who have been awarded WHL Scholarships for the fall semester of the 2016-2017 academic year and the post-secondary institutions they currently are attending;

University of British Columbia – Vancouver, BC (26)

University of Victoria – Victoria, BC (1)

University of Guelph – Guelph, ON (2)

University of Ontario Institute of Technology – Oshawa, ON (1)

University of Toronto – Toronto, ON (2)

University of Waterloo – Waterloo, ON (1)

University of Windsor – Windsor, ON (2)