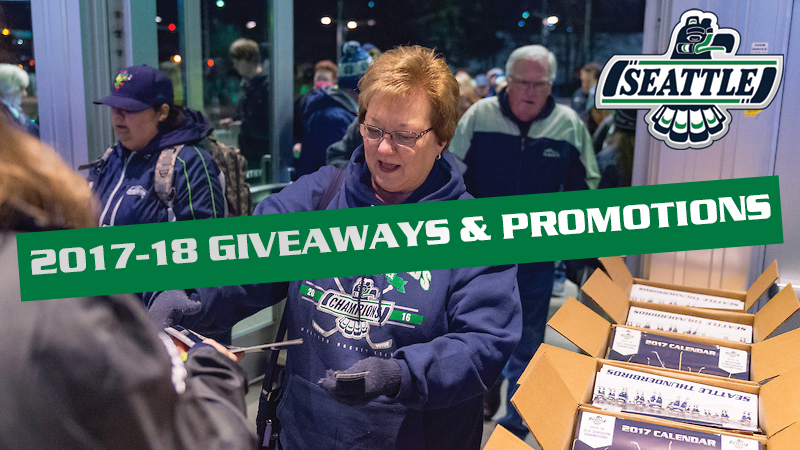 The Seattle Thunderbirds have numerous promotional and giveaway nights during the 2017-18 season.

The T-Birds will kick off the regular season against the Tri-City Americans on Saturday, September 23, at 7:05pm at the ShoWare Center. To honor a historic 2016-17 season, the T-Birds will raise the Western Conference Champion and Western Hockey League Champion banners in a special pregame ceremony.

During the 2017-18 season there will be 12 promotional giveaways for fans. The giveaways include a WHL Championship Window Cling, T-Birds Magnetic Schedule courtesy of Pat’s Plumbing, eight Player Magnet Nights, Team Calendar Night and a Team Poster Night.